Dirge or Polychronion to the Centuries-Old Tradition? 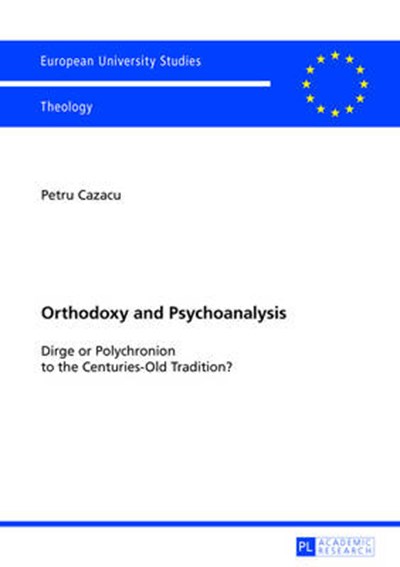 Dirge or Polychronion to the Centuries-Old Tradition?

Publisher: Peter Lang AG
ISBN: 9783631644164
Number of Pages: 147
Published: 27/06/2013
Width: 14.8 cm
Height: 21 cm
Description Author Information Reviews
This book is an attempt to reveal the advantages and disadvantages rendered in the ongoing dialogue between Orthodoxy and modernity, by way of Thermos's discussions of the complex interaction between Orthodox pastoral theology and psychoanalysis. The author seeks to reconstruct and evaluate Thermos's paradigm to date. The overall aim of the study is to arrive at a balanced judgment which favours interaction between the two spheres of knowledge. This judgment is informed by a two-sided approach: on the one hand, along with Thermos - dissecting the interaction between psychoanalysis and pastoral theology by scrutinizing the problem of hieratic vocation and of clergy ineffectiveness, on the other, without Thermos - exhibiting the range of his key concepts. Arriving at a balanced argument remains a challenge.

Petru Cazacu was born in Chisinau (Moldova) in 1974. He is an Orthodox theologian who is currently engaged in two separate research projects: Salibiyya and Its Role in the Arab Muslim Discourse, in Germany, and Social Aspects of Religious Education in a Multi-confessional State, in Russia.