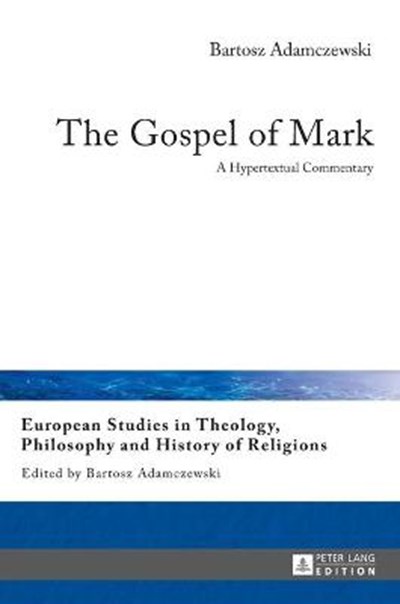 eBook FAQ
Add to Basket
Publisher: Peter Lang AG
ISBN: 9783631647158
Number of Pages: 241
Published: 27/03/2014
Width: 14.8 cm
Height: 21 cm
Description Author Information Reviews
This commentary demonstrates that the Gospel of Mark is a result of a consistent, strictly sequential, hypertextual reworking of the contents of three of Paul's letters: Galatians, First Corinthians and Philippians. Consequently, it shows that the Marcan Jesus narratively embodies the features of God's Son who was revealed in the person, teaching, and course of life of Paul the Apostle. The analysis of the topographic and historical details of the Marcan Gospel reveals that they were mainly borrowed from the Septuagint and from the writings of Flavius Josephus. Other literary motifs were taken from various Jewish and Greek writings, including the works of Homer, Herodotus, and Plato. The Gospel of Mark should therefore be regarded as a strictly theological-ethopoeic work, rather than a biographic one.

Bartosz Adamczewski is Associate Professor of New Testament exegesis at Cardinal Stefan Wyszynski University in Warsaw (Poland). He has published several books on the relationships between biblical writings themselves, and between them and historical facts.