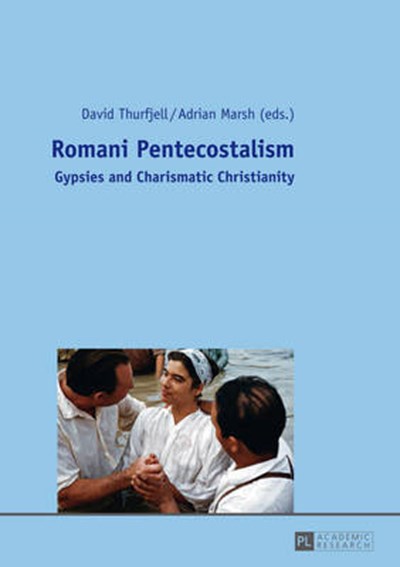 eBook FAQ
Add to Basket
Publisher: Peter Lang AG
ISBN: 9783631648858
Number of Pages: 268
Published: 18/12/2013
Width: 14.8 cm
Height: 21 cm
Description Author Information Reviews
A charismatic Christian revival is sweeping through the Romani communities of Europe. Since the early 1950s, Romani peoples across Europe have organized themselves in charismatic congregations and today, although there are many exceptions, Pentecostalism could be said to be one of the foremost religious orientations amongst Roma in Europe and beyond. Despite this, there are few academic publications dealing with this remarkable development in a comparative and cohesive way. With the ambition of changing this, this anthology brings together scholars that have all studied local variants of Romani Pentecostalism in different parts of Europe. In sixteen chapters it sheds light on the multifaceted and complex phenomenon that Romani Pentecostalism has become today.

David Thurfjell is Associate Professor in the study of religions at Soedertoern University in Stockholm. He has published mainly within the fields of Islamic and Romani studies, amongst others on faith and revivalism among the Kaale Roma in Sweden and Finland. Adrian Marsh has been working amongst Gypsy communities in Turkey, taught Romani Studies and carried out research across Europe and the Balkans. He was consultant for the British Council in Turkey, for the EC Promoting Roma Rights in Turkey project and the Save the Children Sweden's Europe programme. He continues working in Istanbul and is a Romany-Traveller.