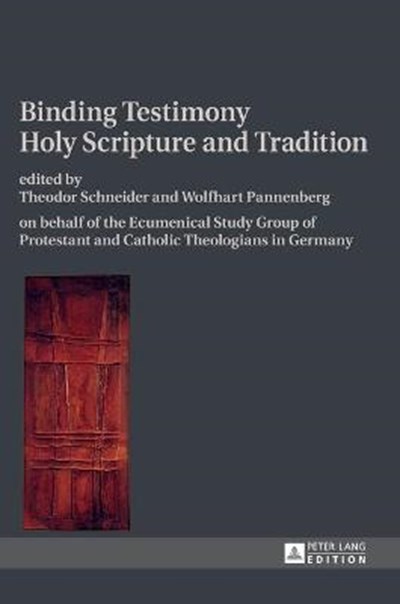 eBook FAQ
Add to Basket
Publisher: Peter Lang AG
ISBN: 9783631653043
Number of Pages: 173
Published: 26/05/2014
Width: 14.8 cm
Height: 21 cm
Description Author Information Reviews
Recently, voices were raised in the worldwide Christian ecumenical movement that it was high time the Protestant-Catholic fundamental topic "Holy Scripture and Tradition" was approached and ecumenically reviewed. In Germany, this has already been achieved by the "OEkumenischer Arbeitskreis evangelischer und katholischer Theologen" (Ecumenical Study Group of Protestant and Catholic Theologians; founded in 1946). The results of this study group were published in the 1990s under the title "Verbindliches Zeugnis" by Theodor Schneider and Wolfhart Pannenberg. This edition provides the essence of the three volume work for the first time in English. The treatment of this age-long dispute in Protestant and Catholic theology, but first of all its fundamental settlement can thus be recognised and discussed in the international ecumenical dialogue.