Gandhi and the Popes

From Pius XI to Francis 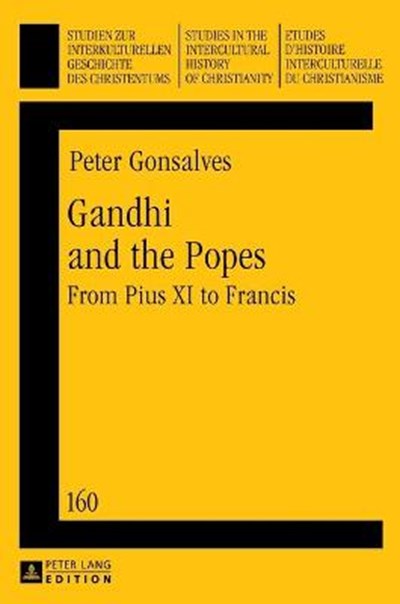 Gandhi and the Popes

From Pius XI to Francis

eBook FAQ
Add to Basket
Publisher: Peter Lang AG
ISBN: 9783631657898
Number of Pages: 244
Published: 15/12/2014
Width: 14.8 cm
Height: 21 cm
Description Author Information Reviews
Gandhi today is universally recognised as an international icon, but did his influence extend to the Vatican as well? The author unravels the answer by pursuing six research targets. The book opens with a historical inquiry into Gandhi's unsuccessful attempt to meet Pius XI, and then goes on to examine the writings and speeches of the Popes from Pius XI to Benedict XVI who alluded to Gandhi. Adopting a hermeneutical slant, it also engages in a comparative study of the thoughts and actions of Pope Francis and Gandhi, and highlights some remarkable similarities that call for an explanation. In the process, the book explores and assesses the popular claim that Gandhi was influenced by Christ, and the not so popular conjecture that Francis was influenced by Gandhi.

Peter Gonsalves, PhD, teaches Media Education and the History of Communication at the Salesian Pontifical University in Rome. A member of the Salesians of Don Bosco, a global network for the holistic development of youth, he coordinated its first five-language web portal. He was also president of Intersig, the international wing of Signis, which is an association of Catholic communicators for a culture of peace. His previous publications include, Exercises in Media Education (1994/2000), Clothing for Liberation (2010) and Khadi - Gandhi's Mega Symbol of Subversion (2012).