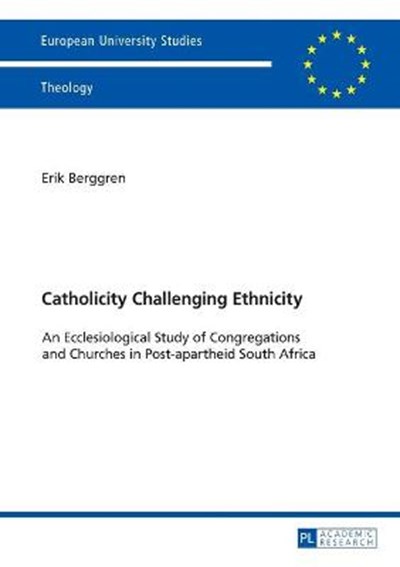 eBook FAQ
Add to Basket
Publisher: Peter Lang AG
ISBN: 9783631660553
Number of Pages: 448
Published: 25/04/2016
Width: 14.8 cm
Height: 21 cm
Description Author Information Reviews
This book deals with the relationship between the catholicity of the Church and ethnicity. Churches confess their "catholicity" - which means that they declare that their members belong to one community; but at the same time, the churches are often internally divided along ethnic lines. South Africa was a divided society under apartheid, which also shaped the churches ethnically. The legacy of apartheid continues to cause division between people through inequality, injustice, skewed power relations, and marginalisation. The author presents an analytical tool that has been derived from key documents of the Faith and Order movement and the World Council of Churches concerning the catholicity of the Church. In addition, he tests the catholicity of the Church against an operative ecclesiology of South African congregations and churches twenty years after the dismantling of apartheid.

Erik Berggren is a priest and works at the international department at Church House in Uppsala, the headquarters of the Church of Sweden. He studied Theology and Political Science at Uppsala University. He has also completed the Graduate School of Ecumenical Studies in Bossey, WCC/University of Geneva.