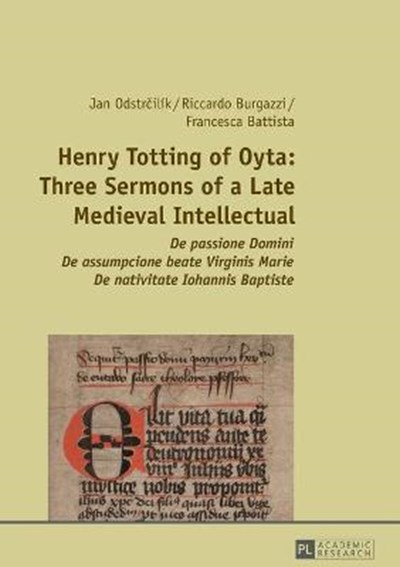 eBook FAQ
Add to Basket
Publisher: Peter Lang AG
ISBN: 9783631669938
Number of Pages: 193
Published: 21/09/2016
Width: 14.8 cm
Height: 21 cm
Description Author Information Reviews
The book presents Henry Totting of Oyta (d. 1397), a late medieval intellectual who was active in Erfurt, Prague, Paris, and Vienna. In spite of the fact that he is a well-known figure, the majority of his works remain unedited in manuscripts. The authors analyse and provide the first editions of three of his sermons: On the Passion, On the Assumption of the Blessed Virgin Mary, and On the Nativity of John the Baptist. Totting wrote each of them at a different point in his career, for a different audience and in a different style. They contribute to our knowledge about late medieval devotion and illustrate the transformation of late medieval intellectual life in Central Europe.