How Is Jesus Christ Lord?

Reading Kwame Bediako from a Postcolonial and Intercontextual Perspective 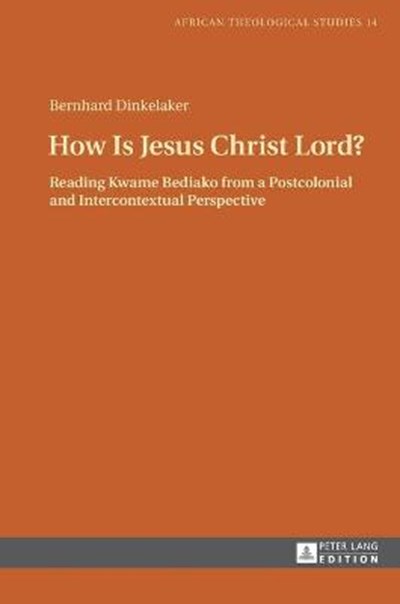 How Is Jesus Christ Lord?

Reading Kwame Bediako from a Postcolonial and Intercontextual Perspective

QTY
Add to Basket
Publisher: Peter Lang AG
ISBN: 9783631730508
Number of Pages: 578
Published: 30/10/2017
Width: 14.8 cm
Height: 21 cm
Description Author Information Reviews
The centre of gravity of World Christianity has moved to the South. The numerical growth of African Christians however does not manifest itself in academic theology. Kwame Bediako (1945-2008) is a voice from Ghana that claims a space for African contributions in theology. His quest for identity, his analysis of mission, culture and language, and his critique of a

Bernhard Dinkelaker studied Theology and Educational Science at the Universities of Tubingen, Munster/Westf., Birmingham and Heidelberg. He served in diaconal work and in parishes in Germany, in an ecumenical programme in Ghana, as General Secretary in an international mission association, and as a lecturer in Cameroon.