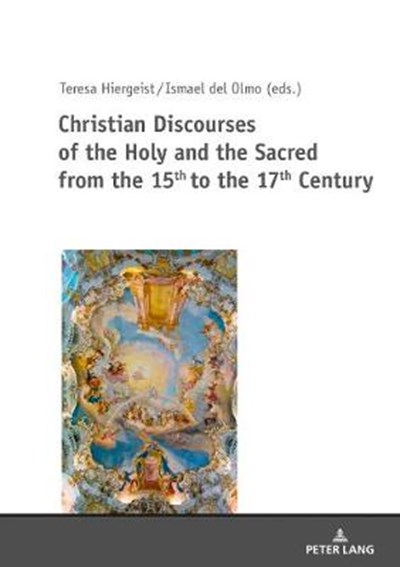 eBook FAQ
Add to Basket
Publisher: Peter Lang AG
ISBN: 9783631800812
Number of Pages: 406
Published: 18/12/2019
Width: 14.8 cm
Height: 21 cm
Description Author Information Reviews
The chapters reconstruct the values, norms, experiences, material manifestations, and power structures underlying the understandings of the holy and the sacred in early modern Christian contexts. They intend to gain a characteristic profile of the associated concepts and ideas, persons and social groups, objects and texts, times and spaces, and behaviours and performances, in order to provide insights into the identities and hegemonic structures developed around them. They trace the interdependence of religion and society, highlighting the constructiveness, transformability, and diversity of the sacred culture from the 15th to the 17th century.

Teresa Hiergeist carries out research in the field of French and Spanish literature and culture of the Early Modern Period at the FAU Erlangen-Nurnberg. Ismael del Olmo teaches early modern history at the University of Buenos Aires, and studies the relationships between demonology, biblical exegesis, and incredulity between the 16th and the 17th century.