Human Being - Being Human

A Theological Anthropology in Biblical, Historical, and Ecumenical Perspective 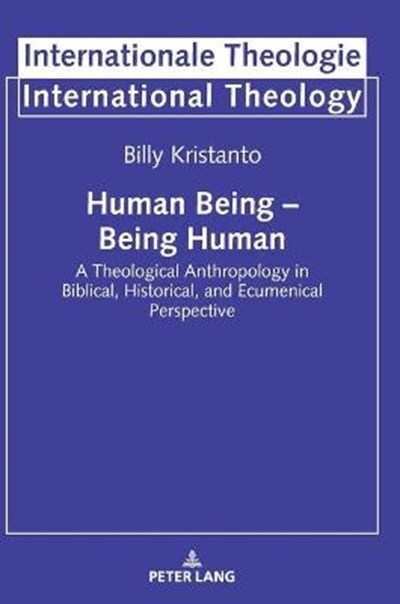 Human Being - Being Human

A Theological Anthropology in Biblical, Historical, and Ecumenical Perspective

eBook FAQ
Add to Basket
Publisher: Peter Lang AG
ISBN: 9783631808757
Number of Pages: 290
Published: 25/03/2020
Width: 14.8 cm
Height: 21 cm
Description Author Information Reviews
The ecumenical dialogues within Christianity mostly concentrate on the issues of justification, the Church, and the Holy Spirit. An ecumenical theological anthropology can rarely be found. The book presents the classical topics in theological anthropology from the Reformed, Lutheran, Roman Catholic, and Eastern Orthodox perspectives. The plurality or sometimes even the apparent tensions among theological traditions are shown to be within the limits of God's word alone. "In this fascinating book, Kristanto shares his thoughts on biblical notions, his vast explorations in the history of theology, and his analysis of todays intellectual challenges. Bringing these all together in one highly readable work, Kristanto manages to demonstrate perfectly the relevance of the biblical concept of the human being for the Church and society." Herman Selderhuis

Billy Kristanto is the academic dean at the International Reformed Evangelical Seminary, Jakarta, Indonesia. He studied Musicology and Protestant Theology in Berlin, The Hague, Jakarta, and Heidelberg and holds Dr. phil. and Dr. theol. from Ruprecht Karl University, Heidelberg. His research interests include the central themes of Christian Dogmatics, Calvin, and Johann Sebastian Bach.