Jesus, the Unprecedented Human Being 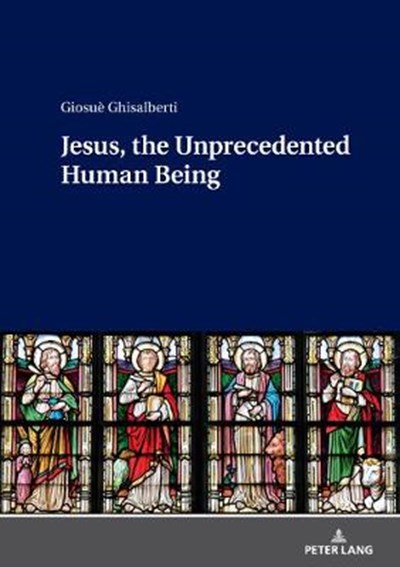 Jesus, the Unprecedented Human Being

eBook FAQ
Add to Basket
Publisher: Peter Lang AG
ISBN: 9783631808795
Number of Pages: 204
Published: 24/02/2020
Width: 14.8 cm
Height: 21 cm
Description Author Information Reviews
Does Jesus remain concealed by the very traditions intended to portray him? History and theology define Jesus to be a 1st-century Galilean or the son of God, a man limited by his time and place or exalted as the Messiah and Christ. He has been recognized as a Jewish rabbi or the prophet of a coming apocalypse. The quest for the historical Jesus and theology's Christ of faith may both be essential and undeniable in the history of scholarship. Secular historians and the Christian church have made their claims. Jesus' self-conception, however, has been neglected, his consciousness largely ignored. A new interpretation of the gospels presents Jesus as a unprecedented human being who will "utter things which have been kept secret from the foundation of the world" (Matt. 13:35) and make their meanings significant for the here and now. Jesus' life from the virgin birth to the resurrection can neither be reduced to history's scepticism nor theology's affirmation. Is it possible to re-imagine the life and words of Jesus? He reveals himself to be a "first-born" who makes possible the second act of creation for every individual no less than for the social world.

Giosue Ghisalberti received his PhD from the department of Social and Political Thought at York University, Toronto, Canada where he specialized in phenomenology and hermeneutics. He currently teaches courses in philosophy, religion, and the humanities in the department of Liberal Studies at Humber College, Toronto, Canada. He is currently working on a projected called Nietzsche's Ecce Homo as the Autobiography of a Martyr.