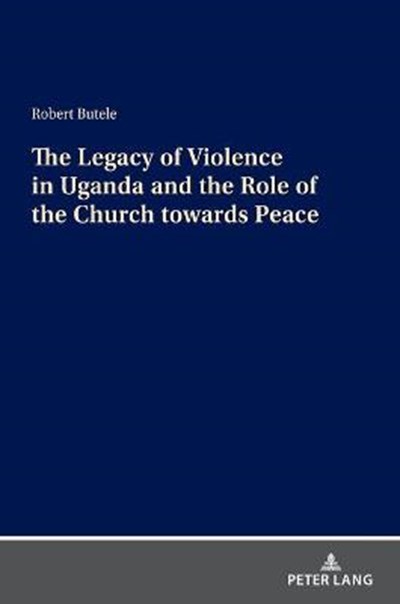 eBook FAQ
Add to Basket
Publisher: Peter Lang AG
ISBN: 9783631848463
Number of Pages: 482
Published: 05/07/2021
Width: 14.8 cm
Height: 21 cm
Description Author Information Reviews
The Book asserts that: Violence at Family level, Clan level, upto State level is a reality in Africa in general and Uganda in particular. In systematic and critical exposure of the history of violence in Uganda using secondary sources, interviews and personal experience, the author comes to the conclusion that although the period before colonialism up to 1894 and the colonial period 1894-1962 were not without violence, the worst and institutionalised forms of violence in Uganda occurred after independence 1962-1985, leading to loss of lives of hundreds of thousands of Ugandans and destruction of nature and property. The Author agrees violence is a complex topic and still exists to date. Pointing fingers to the past is not enough, every Ugandan now should, renounce violence and adress the named causes of violence in Uganda. Based on the magisterial teachings of the Church, particularly of Pope John Paul II, the deliberations of the second Synod of African Bishops 2009 and the pastoral letters of Uganda Catholic Bishops, The author calls for Reconciliation, Justice and Peace in Uganda as opposed to violence. (Germany).

Robert Butele, born in 1972, is a Priest of the Catholic Diocese of Arua (Uganda). He worked as curate in Arua Town Christ the King Parish (2002-2005). He holds a Bachelor of Philosophy from Makerere University (Uganda), Bachelor of Theology from Urbaniana University-Rome, a Licentiate in Systematic Theology from Philosophisch-Theologische Hochschule Sankt-Georgen (Germany), and a Doctorate in Theology-[Church-History] from the Phisosophisch-Theologische Hochschule Vallendar (Germany).