Animal Liberation and the Bible

Christianity and the Question of "Speciesism" 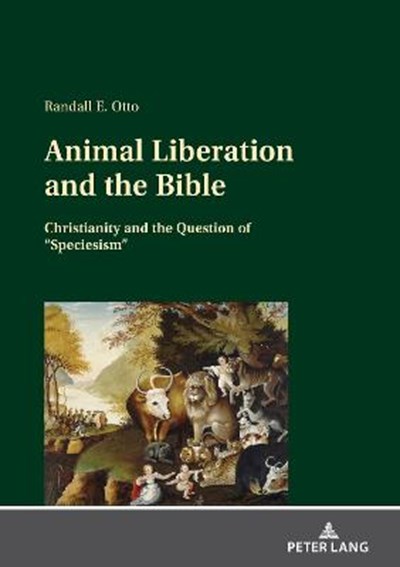 Animal Liberation and the Bible

Christianity and the Question of "Speciesism"

eBook FAQ
Add to Basket
Publisher: Peter Lang AG
ISBN: 9783631851647
Number of Pages: 372
Published: 05/07/2021
Width: 14.8 cm
Height: 21 cm
Description Author Information Reviews
Animal liberation contends that humans and animals are of equal value and that standard views of human uniqueness are an anthropocentric prejudice called "speciesism." It advocates ending human use of animals in recognition of animal rights. Animal liberation theology attempts to ground similar views in the Bible. It typically envisions an original creation free of predation to be restored free of meat-eating and animal use. It views animal sacrifice as murder and speaks of a "deep incarnation" by which God in Christ takes on "all flesh" for the salvation of all creatures in a "cosmic redemption." This is the first full-fledged critique of animal liberation in general and so-called speciesism in particular from a biblical and theological standpoint, with accompanying scientific and philosophical analysis. After it introduces the major thinkers, the book demonstrates the incoherence of animal liberation with human evolution, the use of animals in the domestic and religious life of Israel, and the New Testament assertion that God the Son was uniquely incarnated in the human Jesus for human salvation. This book reasserts historic Christian faith as sufficient to the scientific, philosophical and ethical challenges posed by animal studies, and concludes with an appraisal of key ethical concerns regarding animal use and foundational issues within the animal liberation movement.

Randall Otto is Affiliate Faculty in Christian Ministries for Southwestern College in Wichita, Kansas, a Mentor in Humanities for Thomas Edison State University in Trenton, New Jersey, and Visiting Professor in Critical Reasoning for Chamberlain School of Nursing, global campus. He served for nearly thirty years as a Presbyterian pastor.