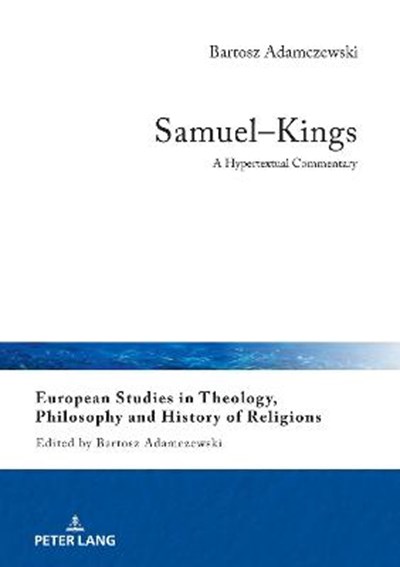 eBook FAQ
Add to Basket
Publisher: Peter Lang AG
ISBN: 9783631852040
Number of Pages: 246
Published: 21/07/2021
Width: 14.8 cm
Height: 21 cm
Description Author Information Reviews
The book demonstrates that the books of Samuel-Kings, taken together, are a result of one, highly creative, hypertextual reworking of the book of Deuteronomy. This detailed reworking consists of almost 2000 strictly sequentially organized, conceptual, and at times, also linguistic correspondences between Samuel-Kings and Deuteronomy. The strictly sequential, hypertextual dependence on Deuteronomy explains numerous surprising features of Samuel-Kings. The critical analysis of Samuel-Kings as a coherently composed Judaean hypertextual work disproves the hypothesis of the existence of the Deuteronomistic history and its variants. It also sheds entirely new light on the question of the origin of the so-called Enneateuch Genesis-Kings.

Bartosz Adamczewski is Associate Professor of biblical sciences at Cardinal Stefan Wyszynski University in Warsaw (Poland). He published fourteen books and numerous articles on the relationships between biblical writings themselves and between these writings and historical facts.