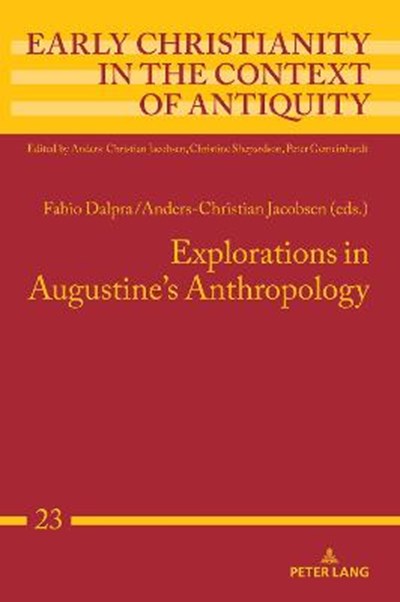 QTY
Add to Basket
Publisher: Peter Lang AG
ISBN: 9783631862018
Number of Pages: 246
Published: 30/09/2021
Width: 15.2 cm
Height: 22.9 cm
Description Author Information Reviews
What is a human being according to Augustine of Hippo? This question has occupied a group of researchers from Brazil and Europe and has been explored at two workshops during which the contributors to this volume have discussed anthropological themes in Augustine's vast corpus. In this volume, the reader will find articles on a wide spectrum of Augustine's anthropological ideas. Some contributions focus on specific texts, while others focus on specific theological or philosophical aspects of Augustine's anthropology. The authors of the articles in this volume are convinced that Augustine's anthropology is of major importance for how human beings have been understood in Western civilization for better or for worse. The topic is therefore highly relevant to present times in which humanity is under pressure from various sides.

Fabio Dalpra is an associate professor in Humanities at the Federal Institute of Science and Technology of Southern Minas Gerais. He has a PhD degree in Religious Studies at the Federal University of Juiz de Fora in Brazil. His areas of interest are Late Antique Philosophy and Patristic Studies. Anders-Christian Jacobsen is a professor at Systematic Theology, Arts, Aarhus University, Denmark, where he is a member of the interdisciplinary and international research center Center for the Study of Antiquity and Christianity (C-SAC) as well. He is furthermore Treasurer of the International Association of Patristic Studies (IAPS/AIEP), leader of the EU-funded Marie Curie ITN-network The History of Human Freedom and Dignity in Western Civilization, and associate fellow at Aarhus Institute of Advanced Studies (AIAS). His research focus on patristics, especially on Origen, Irenaeus, and Augustine.