Chapels of the Cinquecento and Seicento in the Churches of Rome 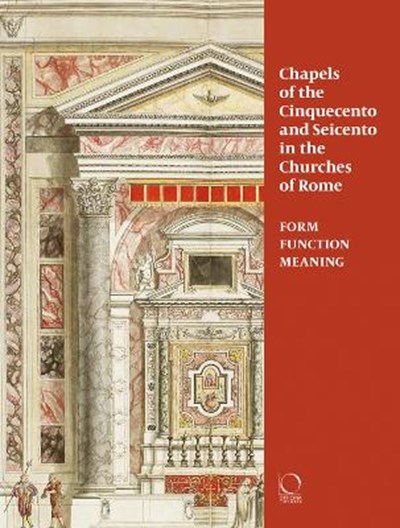 Chapels of the Cinquecento and Seicento in the Churches of Rome

QTY
Add to Basket
Publisher: Officina Libraria
ISBN: 9788899765934
Number of Pages: 272
Published: 26/03/2020
Width: 21 cm
Height: 28 cm
Description Author Information Reviews
"Seldom does a collection of art history essays leave readers yearning for a second volume..."-Barbara Wisch, Renaissance Quarterly Roman church interiors throughout the Early Modern age were endowed with rich historical and visual significance. During the sixteenth and seventeenth centuries, in anticipation of and following the Council of Trent, and in response to the expansion of the Roman Curia, the chapel became a singular arena in which wealthy and powerful Roman families, as well as middle-class citizens, had the opportunity to demonstrate their status and role in Roman society. In most cases the chapels were conceived not as isolated spaces, but as part of a more complex system, which involved the nave and the other chapels within the church, in a dialogue among the arts and the patrons of those other spaces. This volume explores this historical and artistic phenomenon through a number of examples involving the patronage of prominent Roman families such as the Chigis, Spadas, Caetanis, Cybos and important artists and architects such as Federico Zuccari, Giacomo della Porta, Carlo Maderno, Alessandro Algardi, Pietro da Cortona, Carlo Maratta.

Chiara Franceschini is associate professor of Early Modern Art History at the Ludwig-Maximilians-Universitat in Munich. Her publications include Storia del limbo (2017) on images of limbo from Mantegna to Michelangelo as well as essays on the political use of antiquities and on family chapels in pre-modern Rome. She directs the ERC project SACRIMA on The Normativity of Sacred Images in Early Modern Europe on the interrelations between art and religion in Renaissance and Counter-Reformation Europe. Steven F. Ostrow, a specialist in the art of Post-Tridentine Italy and Roman Baroque sculpture, is professor of art history at the University of Minnesota. He is the author of Art and Spirituality in Counter-Reformation Rome: The Sistine and Pauline Chapels in S. Maria Maggiore (1996), and co-editor of and contributor to Dosso's Fate: Painting and Court Culture in Renaissance Italy (1998), Bernini's Biographies: Critical Essays (2006), and Critical Perspectives on Roman Baroque Sculpture (2014). Patrizia Tosini teaches Early Modern Art History at the Third University of Rome. She has published several works on the figurative arts in the age of Counter-Reformation, among which a monograph on the painter Girolamo Muziano Dalla Maniera alla Natura (2008) and Immagini ritrovate. La decorazione di villa Peretti Montalto tra Cinque e Seicento (2015).