Languages in the Lutheran Reformation

Textual Networks and the Spread of Ideas 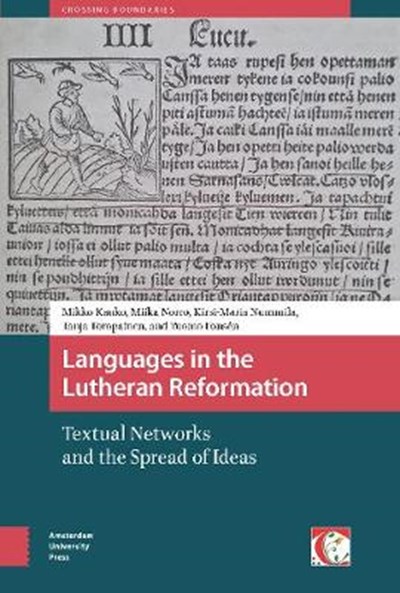 Languages in the Lutheran Reformation

Textual Networks and the Spread of Ideas

QTY
Add to Basket
Publisher: Amsterdam University Press
ISBN: 9789462981553
Number of Pages: 308
Published: 19/04/2019
Width: 15.6 cm
Height: 23.4 cm
Description Author Information Reviews
This collection of essays charts the influence of the Lutheran Reformation on various (northern) European languages and texts written in them. The central themes of Languages in the Lutheran Reformation: Textual Networks and the Spread of Ideas are: how the ideas related to Lutheranism were adapted to the new areas, new languages, and new contexts during the Reformation period in the 16th and 17th centuries; and how the Reformation affected the standardization of the languages. Networks of texts, knowledge, and authors belong to the topics of the present volume. The contributions look into language use, language culture, and translation activities during the Reformation, but also in the prelude to the Reformation as well as after it, in the early modern period. The contributors are experts in the study of their respective languages, including Czech, Dutch, English, Estonian, Finnish, High German, Icelandic, Latvian, Lithuanian, Low German, Norwegian, Polish, and Swedish. The primary texts explored in the essays are Bible translations, but genres other than biblical are also discussed.