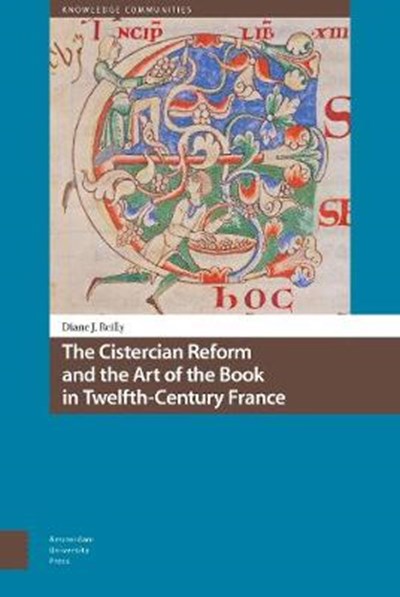 QTY
Add to Basket
Publisher: Amsterdam University Press
ISBN: 9789462985940
Number of Pages: 246
Published: 14/08/2018
Width: 15.6 cm
Height: 23.4 cm
Description Author Information Reviews
This book is a study of the programmatic oral performance of the written word and its impact on art and text. Communal singing and reading of the Latin texts that formed the core of Christian ritual and belief consumed many hours of the Benedictine monk's day. These texts-read and sung out loud, memorized, and copied into manuscripts-were often illustrated by the very same monks who participated in the choir liturgy. The meaning of these illustrations sometimes only becomes clear when they are read in the context of the texts these monks heard read. The earliest manuscripts of Citeaux, copied and illuminated at the same time that the new monastery's liturgy was being reformed, demonstrate the transformation of aural experience to visual and textual legacy.

Diane Reilly is Associate Professor of Art History at Indiana University, Bloomington. Her first book, The Art of Reform in Eleventh-Century Flanders: Gerard of Cambrai, Richard of Saint-Vanne and the Saint-Vaast Bible (Brill, 2006) explored connections between art, politics and monastic reform.