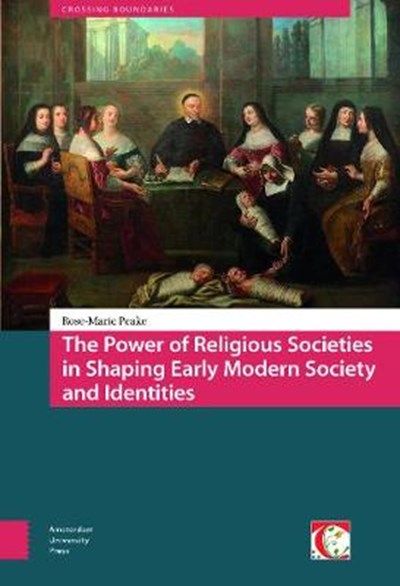 QTY
Add to Basket
Publisher: Amsterdam University Press
ISBN: 9789462986688
Number of Pages: 246
Published: 22/01/2020
Width: 15.6 cm
Height: 23.4 cm
Description Author Information Reviews
The Power of Religious Societies in Shaping Early Modern Society and Identities studies the value system of the French Catholic community the Filles de la Charite, or the Daughters of Charity, in the first half of the seventeenth century. An analysis of the activities aimed at edifying morality in the different strata of society revealed a Christian anthropology with strong links to medieval traditions. The book argues that this was an important survival strategy for the Company with a disconcerting religious identity: the non-cloistered lifestyle of its members engaged in charity work had been made unlawful in the Council of Trent. Moreover, the directors Louise de Marillac and Vincent de Paul also had to find ways to curtail internal resistance as the sisters rebelled in quest of a more contemplative and enclosed vocation.

Dr Rose-Marie Peake is a postdoctoral researcher at the Academy of Finland Centre of Excellence in the History of Experiences, Tampere University. She specializes in the religious and gender history of early modern France.