Women Religious and Epistolary Exchange in the Carmelite Reform

The Disciples of Teresa de Avila 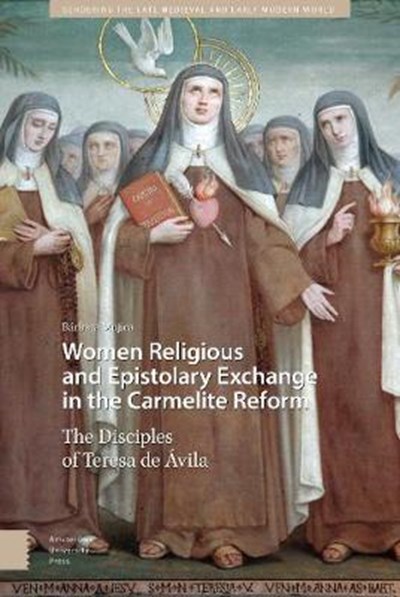 Women Religious and Epistolary Exchange in the Carmelite Reform

The Disciples of Teresa de Avila

QTY
Add to Basket
Publisher: Amsterdam University Press
ISBN: 9789463723435
Number of Pages: 328
Published: 01/09/2020
Width: 15.6 cm
Height: 23.4 cm
Description Author Information Reviews
The sixteenth century was a period of crisis in the Catholic Church. Monastic reorganization was a major issue, and women were at the forefront of charting new directions in convent policy. The story of the Carmelite Reform has been told before, but never from the perspective of the women on the front lines. Nearly all accounts of the movement focus on Teresa de Avila, (1515-1582), and end with her death in 1582. Women Religious and Epistolary Exchange in the Carmelite Reform: The Disciples of Teresa de Avila carries the story beyond Teresa's death, showing how the next generation of Carmelite nuns struggled into the seventeenth century to continue her mission. It is unique in that it draws primarily from female-authored sources, in particular, the letters of three of Teresa's most dynamic disciples: Maria de San Jose, Ana de Jesus and Ana de San Bartolome.

Barbara Mujica is a Professor Emerita of Spanish literature at Georgetown University, where she taught early modern Spanish literature with a specialization in the Spanish mystics, women's writing, and Spanish theater. She was awarded a Presidential Medal, the School of Languages and Linguistics Service Medal, and the Dean's Medal for Excellence in Teaching. Throughout her career she published numerous scholarly books and she is founder and editor of Comedia Performance, a journal devoted to early modern Spanish theater. She is also the author of many works of fiction, including the novel Sister Teresa (Spanish edition: Hermana Teresa).