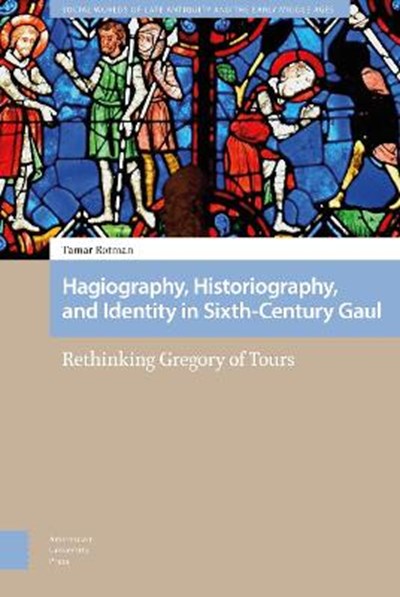 QTY
Add to Basket
Publisher: Amsterdam University Press
ISBN: 9789463727730
Number of Pages: 196
Published: 02/12/2021
Width: 15.6 cm
Height: 23.4 cm
Description Author Information Reviews
Gregory of Tours, the sixth-century Merovingian bishop, composed extensive historiographical and hagiographical corpora during the twenty years of his episcopacy in Tours. These works serve as important sources for the cultural, social, political and religious history of Merovingian Gaul. This book focuses on Gregory's hagiographical collections, especially the Glory of the Martyrs, Glory of the Confessors, and Life of the Fathers, which contain accounts of saints and their miracles from across the Mediterranean world. It analyses these accounts from literary and historical perspectives, examining them through the lens of relations between the Merovingians and their Mediterranean counterparts, and contextualizing them within the identity crisis that followed the disintegration of the Roman world. This approach leads to groundbreaking conclusions about Gregory's hagiographies, which this study argues were designed as an "ecclesiastical history" (of the Merovingian Church) that enabled him to craft a specific Gallo-Christian identity for his audience.

Tamar Rotman specializes in late antique and early medieval history. Her research focuses on the role of hagiography and the cults of saints in the identity discourse of the early Middle Ages, giving special attention to the transmission of knowledge and cultural practices in the Mediterranean sphere. She is a Fulbright and a Rothschild scholar and a visiting scholar at Columbia University.