Dynamics of the Early Reformation in their Reformed Augustinian Context 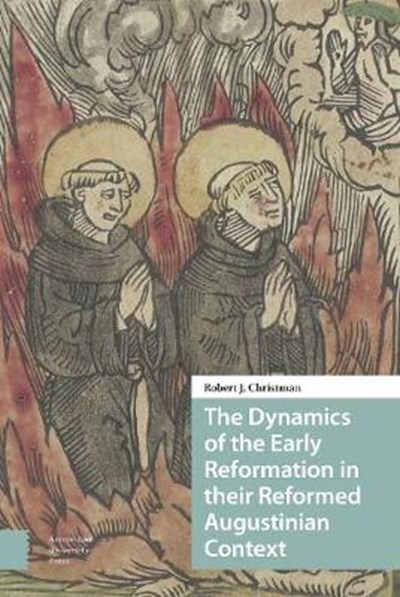 Dynamics of the Early Reformation in their Reformed Augustinian Context

QTY
Add to Basket
Publisher: Amsterdam University Press
ISBN: 9789463728621
Number of Pages: 256
Published: 10/02/2020
Width: 15.6 cm
Height: 23.4 cm
Description Author Information Reviews
On 1 July 1523, Johann van den Esschen and Hendrik Voes, two Augustinian friars from Antwerp, were burned on the Grand Plaza in Brussels, thereby becoming the first victims of the Reformation. Despite being well-known, the event barely registers in most Reformation histories. By tracing its origins and examining the impact of the executions on Martin Luther, on the Reformed Augustinian world, and on the early Reformation in the Low Countries and the German speaking lands, this study definitively demonstrates that the burnings were in fact the denouement of broader trends within Late Medieval Reformed Augustinianism, as well as a watershed in the early Reformation. In doing so, it also reveals the central role played by the Augustinian friars of Lower Germany in shaping both the content and spread of the early Reformation, as well as Wittenberg's influence on the events leading up to these first executions.

Robert J. Christman is Professor of History at Luther College in Decorah, Iowa, USA. His publications include Doctrinal Controversy and Lay Religiosity in Late Reformation Germany: The Case of Mansfeld (2012) and numerous articles. His research focuses on the Reformation in the German speaking lands and in the Low Countries.