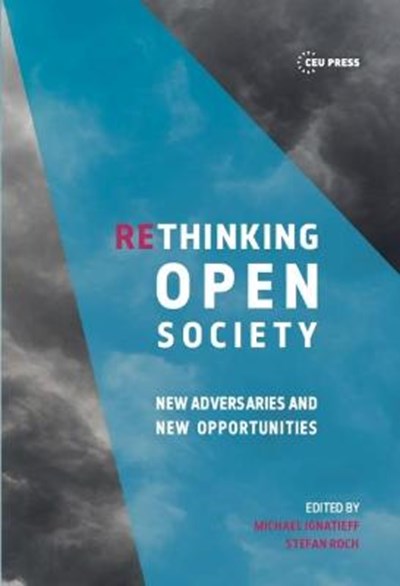 QTY
Add to Basket
Publisher: Central European University Press
ISBN: 9789633862704
Number of Pages: 310
Published: 10/06/2018
Description Author Information Reviews
The key values of the Open Society - freedom, justice, tolerance, democracy and respect for knowledge - are increasingly under threat in today's world. As an effort to uphold those values, this volume brings together some of the key political, social and economic thinkers of our time to re-examine the Open Society closely in terms of its history, its achievements and failures, and its future prospects. Based on the lecture series Rethinking Open Society, which took place between 2017 and 2018 at the Central European University, the volume is deeply embedded in the history and purpose of CEU, its Open Society mission, and its belief in educating sceptical but passionate citizens. This volume aims to inspire students, researchers and citizens around the world to critically engage with Open Society values and to defend them wherever they are at risk. The volume features contributions from, among others: Dorothee Bohle, Timothy Garton Ash, Jacques Rupnik, Steven Walt, Erica Benner, Robert Kaplan, Andras Sajo, Roger Scruton, Alina Mungiu-Pippidi, and Pierre Rosanvallon.

Michael Ignatieff is President and Rector of the Central European University. Ignatieff comes to CEU after serving as Edward R. Murrow Professor of Practice of the Press, Politics, and Public Policy at Harvard University's John F. Kennedy School of Government. An international commentator on contemporary issues of democracy, human rights, and governance and a Canadian citizen, Ignatieff is also an award-winning writer, teacher, former politician, and historian with a deep knowledge of Central and Eastern Europe. Stefan Roch is a Postdoctoral Researcher at the Rectorate of Central European University.