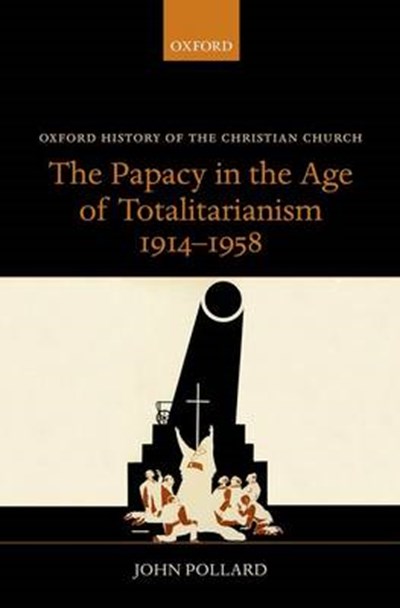 eBook FAQ
Add to Basket
Publisher: Oxford University Press
ISBN: 9780199208562
Number of Pages: 562
Published: 30/10/2014
Width: 17.2 cm
Height: 24 cm
Description Author Information Reviews
The Papacy in the Age of Totalitarianism, 1914-1958 examines the most momentous years in papal history. Popes Benedict XV (1914-1922), Pius XI (1922-1939), and Pius XII (1939-1958) faced the challenges of two world wars and the Cold War, and threats posed by totalitarian dictatorships like Italian Fascism, German National Socialism, and Communism in Russia and China. The wars imposed enormous strains upon the unity of Catholics and the hostility of the totalitarian regimes to Catholicism lead to the Church facing persecution and martyrdom on a scale similar to that experienced under the Roman Empire and following the French Revolution. At the same time, these were years of growth, development, and success for the papacy. Benedict healed the wounds left by the 'modernist' witch hunt of his predecessor and re-established the papacy as an influence in international affairs through his peace diplomacy during the First World War. Pius XI resolved the 'Roman Question' with Italy and put papal finances on a sounder footing. He also helped reconcile the Catholic Church and science by establishing the Pontifical Academy of Sciences and took the first steps to move the Church away from entrenched anti-Semitism. Pius XI continued his predecessor's policy of the 'indigenisation' of the missionary churches in preparation for de-colonisation. Pius XII fully embraced the media and other means of publicity, and with his infallible promulgation of the Assumption in 1950, he took papal absolutism and centralism to such heights that he has been called the 'last real pope'. Ironically, he also prepared the way for the Second Vatican Council.

John Pollard is a British historian, fellow of Trinity Hall at University of Cambridge and Emeritus Professor of Modern European History at Anglia Polytechnic University. His publications include Money and the Rise of the Modern Papacy: Financing the Vatican, 1850-1950 (Cambridge University Press, 2008) and Benedict XV: The Pope of Peace (Burns and Oates Ltd., 2005).