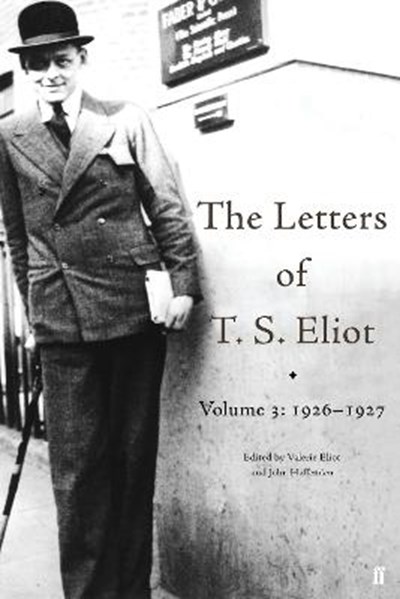 QTY
Add to Basket
Free UK P&P
Publisher: Faber & Faber
ISBN: 9780571140855
Published: 05/07/2012
Description Author Information Reviews
In the period covered by this richly detailed collection, which brings the poet to the age of forty, T.S. Eliot was to set a new course for his life and work. Forsaking the Unitarianism of his American forebears, he was received into the Church of England and naturalised as a British citizen - a radical and public alteration of the intellectual and spiritual direction of his career. The demands of Eliot's professional life as writer and editor became more complex and exacting during these years. The celebrated but financially-pressed periodical he had been editing since 1922 - The Criterion - switched between being a quarterly and a monthly, before being rescued by the fledgling house of Faber & Gwyer. In addition to writing numerous essays and editorials, lectures, reviews, introductions and prefaces, his letters show Eliot involving himself wholeheartedly in the business of his new career as a publisher. His Ariel poems, Journey of the Magi (1927) and A Song for Simeon (1928) established a new manner and vision for the poet of The Waste Land and 'The Hollow Men'. These are also the years in which Eliot published two sections of an exhilaratingly funny, savage, jazz-influenced play-in-verse - 'Fragment of a Prologue' and 'Fragment of an Agon' - which were subsequently brought together as Sweeney Agonistes. In addition, he struggled to translate the remarkable work Anabase, by St.-John Perse, which was to be a signal influence upon his own later poetry. This correspondence with friends and mentors vividly documents all the stages of Eliot's personal and artistic transformation during these crucial years, the continuing anxieties of his private life, and the forging of his public reputation.

Valerie Eliot has edited T. S. Eliot: The Waste Land, a Facsimile & Transcript of the Original Drafts (1971) and The Letters of T. S. Eliot, Volume I: 1898-1922 (1988; revised 2009) and Volume II: 1923-1925 (2009). John Haffenden is Emeritus Professor of English Literature at the University of Sheffield, Senior Research Fellow of the Institute of English Studies, University of London, and a Fellow of the British Academy. His publications include a biography of the American poet John Berryman; editions of the works of William Empson including the Complete Poems (2000); and an award-winning two-volume biography of Empson (2005, 2006). He was General Editor of Letters of T. S. Eliot, volumes 1 and 2 (2009).