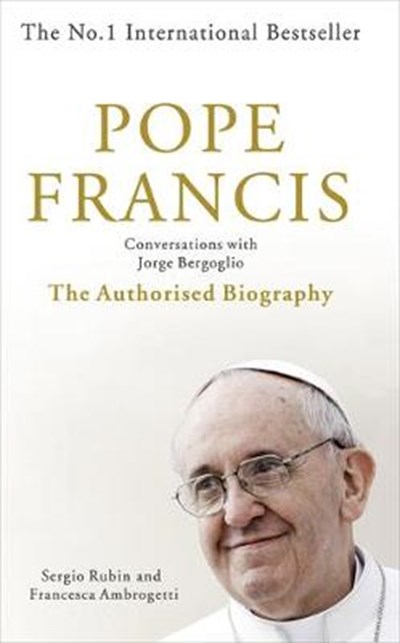 Publisher: Hodder & Stoughton
ISBN: 9781444752496
Number of Pages: 192
Published: 06/06/2013
Width: 14.3 cm
Height: 22.3 cm
Description Author Information Reviews
Cardinal Jorge Bergoglio was chosen as the next Pope in one of the shortest conclaves in history. He is the first Pope Francis, the first Jesuit Pope, the first Pope to come from Latin America. Who is this man, and how did he come to such high position? This book begins with the arrival of Bergoglio's family in Buenos Aires in 1929, travelling from Italy, explores his childhood as one of a family of five, his first job as a factory cleaner and the bout of pneumonia which forced him to reassess his life completely. Then from his early days as a seminarian through his experience as a teacher of psychology and literature, through to his consecration as a cardinal by Pope John Paul II, Bergoglio shares his experiences of faith and life. The difficult subjects are met head on, from the declining numbers of priests to celibacy and even the sex abuse scandals that have rocked the church - and through it all, Bergoglio's humble approach and desire to live an austere and faithful life shine through. This is a Pope who will not allow himself to be fitted to a traditional mould - and the world waits with bated breath to see what his time as leader of the world's largest church will bring.

Sergio Rubin was born in Santa Fe, Argentina. He is an award-winning author, journalist, and is currently chief of religious news for the Clarin newspaper as well as editor of the supplement Valores Religiosos (Religious Values). He has interviewed major figures such as Mother Teresa and covered over a dozen of John Paul II's trips, his funeral, and the election of Pope Benedict XVI. Francesca Ambrogetti was born in Rome. She is a journalist and social psychologist, and currently teaches journalism. In 1982 she headed the Association for Foreign Press in Argentina and from 2000 to 2003, the Association of Foreign Correspondents. She collaborates with international media such as Vatican Radio.

This papal biography is enthralling on family life, and he emerges as a sensitive man. -- Ruth Gledhill The Times Well-written, well-researched and full of warmth, clarity and conviction. -- Ian Matthew Aslan Christian Books A useful introduction to the man who will, in coming years, significantly influence the world's largest church. Together Magazine