Life of St Teresa of Avila by Herself 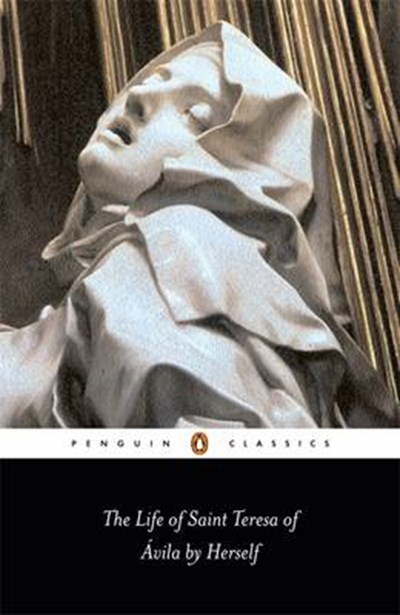 Life of St Teresa of Avila by Herself

eBook FAQ
Add to Basket
Publisher: Penguin Books Ltd
ISBN: 9780140440737
Published: 27/08/1987
Description Author Information Reviews
Born in the Castilian town of Avila in 1515, Teresa entered the Carmelite convent of the Incarnation when she was twenty-one. Tormented by illness, doubts and self-recrimination, she gradually came to recognize the power of prayer and contemplation - her spiritual enlightenment was intensified by many visions and mystical experiences, including the piercing of her heart by a spear of divine love. She went on to found seventeen Carmelite monasteries throughout Spain. Teresa always denied her own saintliness, however, saying in a letter: 'There is no suggestion of that nonsense about my supposed sanctity'. This frank account is one of the great stories of a religious life and a literary masterpiece - after "Don Quixote", it is Spain's most widely read prose classic.

St Teresa (1515-1582) entered the Carmelite convent in Castile when she was 21. Approaching her vocation with determination but no enthusiasm, she slowly realised God can be loved in and through all things. J.M. Cohen translated nine volumes for the Penguin Classics, including Cervantes, Montaigne, Rabelais and Rousseau. He died in 1989 and was described by the Times as "one of the great English men of letters".