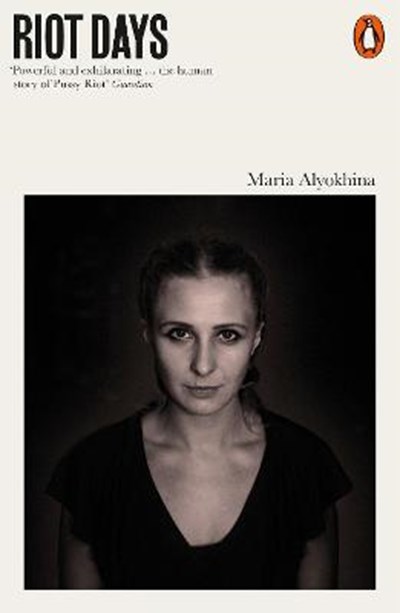 QTY
Add to Basket
Publisher: Penguin Books Ltd
ISBN: 9780141986616
Number of Pages: 208
Published: 07/06/2018
Width: 12.9 cm
Height: 19.8 cm
Description Author Information Reviews
From activist, Pussy Riot member and freedom fighter Maria Alyokhina, a raw, hallucinatory, passionate account of her arrest, trial and imprisonment in Siberian jail for standing up for what she believed in. 'One of the most brilliant and inspiring things I've read in years. Couldn't put it down. This book is freedom' Chris Kraus, author of I Love Dick 'A women's prison memoir like no other! One tough cookie!' @MargaretAtwood 'Once you begin reading, you are completely disarmed, unable to put it down until the last page' Marina Abramovic People who believe in freedom and democracy think it will exist forever. That is a mistake. What happened in Russia - what happened to me - could happen anywhere. When I was jailed for political protest, I learned that prison doesn't just teach you to follow the rules. It teaches you to think that you can never break them. It's inevitable that the prison gates will open at some point. But this doesn't mean that you leave the 'prisoner' category and go straight into the category of 'the free'. Freedom does not exist unless you fight for it every day. This is the story about how I made a choice.

Maria Alyokhina is a political activist, artist and member of Pussy Riot collective. After 'Punk Prayer' - a Pussy Riot performance of the song 'Mother Mary, banish Putin' in Moscow Cathedral on 21 February 2012 she was convicted of 'hooliganism motivated by religious hatred', sentenced for two years' imprisonment and transported to a penal colony in the Urals, one of the hardest prison systems in the world. As a political prisoner she campaigned to improve the lives of her fellow inmates in the penal colony and continued her work as an activist and artist outside. She is a co-founder of the independent Russian media outlet MediaZona and actor with the Belarus Free Theatre.