Living with the Living Dead

The Wisdom of the Zombie Apocalypse 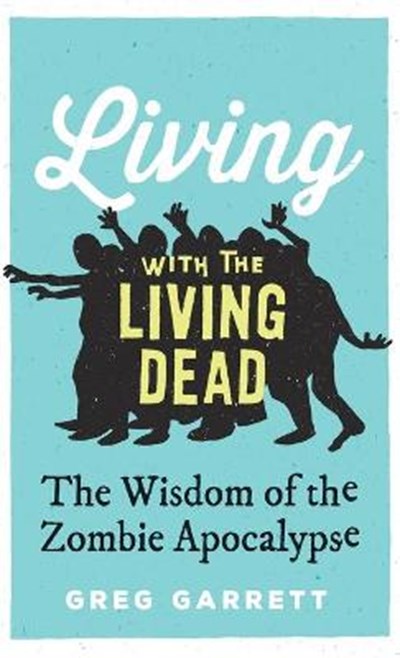 Living with the Living Dead

The Wisdom of the Zombie Apocalypse

QTY
Add to Basket
Publisher: Oxford University Press Inc
ISBN: 9780190260453
Number of Pages: 272
Published: 27/07/2017
Width: 14.7 cm
Height: 21.2 cm
Description Author Information Reviews
When humankind faces what it perceives as a threat to its very existence, a macabre thing happens in art, literature, and culture: corpses begin to stand up and walk around. The dead walked in the fourteenth century, when the Black Death and other catastrophes roiled Europe. They walked in images from World War I, when a generation died horribly in the trenches. They walked in art inspired by the Holocaust and by the atomic attacks on Japan. Now, in the early twenty-first century, the dead walk in stories of the zombie apocalypse, some of the most ubiquitous narratives of post-9/11 Western culture. Zombies appear in popular movies and television shows, comics and graphic novels, fiction, games, art, and in material culture including pinball machines, zombie runs, and lottery tickets. The zombie apocalypse, Greg Garrett shows us, has become an archetypal narrative for the contemporary world, in part because zombies can stand in for any of a variety of global threats, from terrorism to Ebola, from economic uncertainty to ecological destruction. But this zombie narrative also brings us emotional and spiritual comfort. These apocalyptic stories, in which the world has been turned upside down and protagonists face the prospect of an imminent and grisly death, can also offer us wisdom about living in a community, present us with real-world ethical solutions, and invite us into conversation about the value and costs of survival. We may indeed be living with the living dead these days, but through the stories we consume and the games we play, we are paradoxically learning what it means to be fully alive.

Greg Garrett is Professor of English at Baylor University, where he teaches classes in fiction and screenwriting, literature, film and popular culture, and theology. The author or co-author of three dozen short stories, a dozen scholarly articles, and twenty books of fiction, nonfiction, and memoir, Dr. Garrett is also Theologian in Residence at the American Cathedral in Paris and a licensed lay preacher in the Episcopal Church. He lives with his family in Austin, Texas.