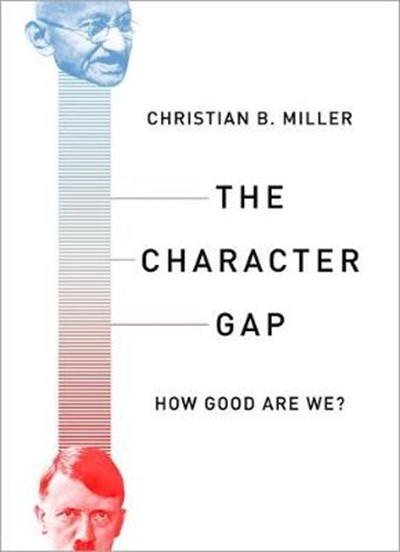 QTY
Add to Basket
Publisher: Oxford University Press Inc
ISBN: 9780190264222
Number of Pages: 296
Published: 25/01/2018
Width: 13.6 cm
Height: 18.4 cm
Description Author Information Reviews
We like to think of ourselves, our friends, and our families as pretty decent people. We may not be saints, but we are basically good, fairly honest, relatively kind, and mostly trustworthy. One of the central themes of The Character Gap is that we are badly mistaken in thinking this way. In recent years, hundreds of psychological studies have been done which tell a rather different story. We have serious character flaws that prevent us from being good people, many of which we do not even recognize in ourselves. Does this mean that instead we are wretched people, vicious, cruel or hateful? Christian Miller does not argue that this is necessarily the case either. Instead, the more we put our characters to the test, the more we see that we are a mixed bag. On the one hand, most of us as bystanders will do nothing as someone cries out for help. Even worse, under pressure from authority figures we might kill innocent people. Yet it is also true that there will be many times when we selflessly come to the aid of a complete stranger, or don't lie, steal, or cheat even if we could get away with it. As we embark on this journey of putting our characters to the test, some of the main questions will include: What is good character? Why should we bother working to develop a good character? What does the research in psychology suggest about how good (or bad) our characters really are? What secular strategies for improving our characters show a lot of promise? What religious, and specifically Christian, strategies for improving our characters show a lot of promise? In The Character Gap Miller shows not only how mixed our characters tend to be, but also how we can try to bridge the gap between who we are and the virtuous people we should strive to become.