Quakers, Christ, and the Enlightenment 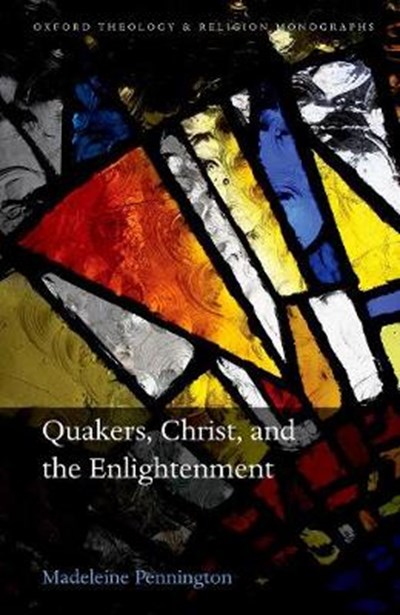 Quakers, Christ, and the Enlightenment

eBook FAQ
Add to Basket
Publisher: Oxford University Press
ISBN: 9780192895271
Number of Pages: 272
Published: 04/03/2021
Width: 16.5 cm
Height: 24 cm
Description Author Information Reviews
The Quakers were by far the most successful of the radical religious groups to emerge from the turbulence of the mid-seventeenth century-and their survival into the present day was largely facilitated by the transformation of the movement during its first fifty years. What began as a loose network of charismatic travelling preachers was, by the start of the eighteenth century, a well-organised and international religious machine. This shift is usually explained in terms of a desire to avoid persecution, but Quakers, Christ, and the Enlightenment argues instead for the importance of theological factors as the major impetus for change. In the first sustained account of the theological changes guiding the development of seventeenth-century Quakerism, Madeleine Pennington explores the Quakers' positive intellectual engagement with those outside the movement to offer a significant reassessment of the causal factors determining the development of early Quakerism. Considering the Quakers' engagement with such luminaries as Baruch Spinoza, Henry More, John Locke, and John Norris, Pennington unveils the Quakers' concerted attempts to bolster their theological reputation through the refinement of their central belief in the 'inward Christ', or 'the Light within'. In doing so, she further challenges stereotypes of early modern radicalism as anti-intellectual and ill-educated. Rather, the theological concerns of the Quakers and their interlocutors point to a crisis of Christology weaving through the intellectual milieu of the seventeenth century, which has long been under-estimated as significant fuel for the emerging Enlightenment.

Madeleine Pennington is Head of Research at Theos, the UK's leading religion and society think tank. She holds a doctorate in theology from the University of Oxford, and from 2017 to 2018 she was the Henry J. Cadbury Scholar at Pendle Hill, Philadelphia. Her publications include The Christian Quaker: George Keith and the Keithian Controversy.