The Fate of London's Foundlings 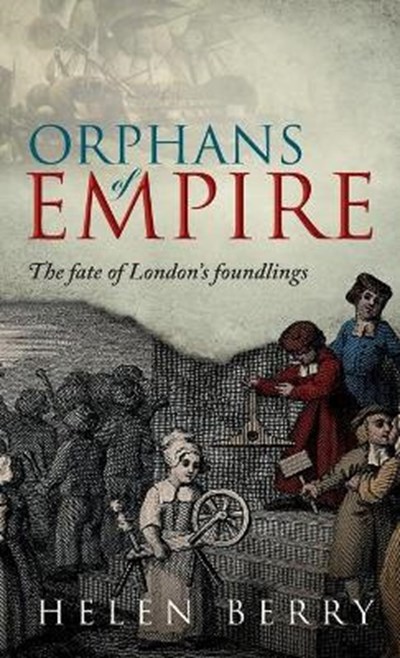 The Fate of London's Foundlings

QTY
Add to Basket
Publisher: Oxford University Press
ISBN: 9780198758488
Number of Pages: 384
Published: 11/04/2019
Width: 15.2 cm
Height: 22.6 cm
Description Author Information Reviews
Eighteenth-century London was teeming with humanity, and poverty was never far from politeness. Legend has it that, on his daily commute through this thronging metropolis, Captain Thomas Coram witnessed one of the city's most shocking sights-the widespread abandonment of infant corpses by the roadside. He could have just passed by. Instead, he devised a plan to create a charity that would care for these infants; one that was to have enormous consequences for children born into poverty in Britain over the next two hundred years. Orphans of Empire tells the story of what happened to the thousands of children who were raised at the London Foundling Hospital, Coram's brainchild, which opened in 1741 and grew to become the most famous charity in Georgian England. It provides vivid insights into the lives and fortunes of London's poorest children, from the earliest days of the Foundling Hospital to the mid-Victorian era, when Charles Dickens was moved by his observations of the charity's work to campaign on behalf of orphans. Through the lives of London's foundlings, this book provides readers with a street-level insight into the wider global history of a period of monumental change in British history as the nation grew into the world's leading superpower. Some foundling children were destined for Britain's 'outer Empire' overseas, but many more toiled in the 'inner Empire', labouring in the cotton mills and factories of northern England at the dawn of the new industrial age. Through extensive archival research, Helen Berry uncovers previously untold stories of what happened to former foundlings, including the suffering and small triumphs they experienced as child workers during the upheavals of the Industrial Revolution. Sometimes, using many different fragments of evidence, the voices of the children themselves emerge. Extracts from George King's autobiography, the only surviving first-hand account written by a Foundling Hospital child born in the eighteenth century, published here for the first time, provide touching insights into how he came to terms with his upbringing. Remarkably he played a part in Trafalgar, one of the most iconic battles in British Naval history. His personal courage and resilience in overcoming the disadvantages of his birth form a lasting testimony to the strength of the human spirit.

Helen Berry is Professor of British History at Newcastle University. She studied history at the University of Durham and Jesus College, Cambridge, and has published extensively on the social history of Georgian Britain. A prizewinning Fellow of the Royal Historical Society, this is her third book. www.helenberry.net