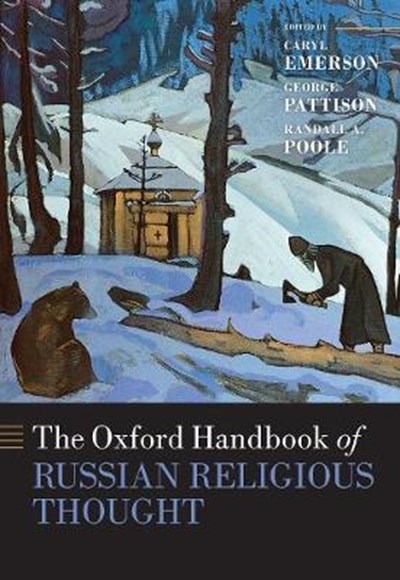 eBook FAQ
Add to Basket
Publisher: Oxford University Press
ISBN: 9780198796442
Number of Pages: 752
Published: 04/09/2020
Width: 18 cm
Height: 24.9 cm
Description Author Information Reviews
The Oxford Handbook of Russian Religious Thought is an authoritative new reference and interpretive volume detailing the origins, development, and influence of one of the richest aspects of Russian cultural and intellectual life - its religious ideas. After setting the historical background and context, the Handbook follows the leading figures and movements in modern Russian religious thought through a period of immense historical upheavals, including seventy years of officially atheist communist rule and the growth of an exiled diaspora with, e.g., its journal The Way. Therefore the shape of Russian religious thought cannot be separated from long-running debates with nihilism and atheism. Important thinkers such as Losev and Bakhtin had to guard their words in an environment of religious persecution, whilst some views were shaped by prison experiences. Before the Soviet period, Russian national identity was closely linked with religion - linkages which again are being forged in the new Russia. Relevant in this connection are complex relationships with Judaism. In addition to religious thinkers such as Philaret, Chaadaev, Khomiakov, Kireevsky, Soloviev, Florensky, Bulgakov, Berdyaev, Shestov, Frank, Karsavin, and Alexander Men, the Handbook also looks at the role of religion in aesthetics, music, poetry, art, film, and the novelists Dostoevsky and Tolstoy. Ideas, institutions, and movements discussed include the Church academies, Slavophilism and Westernism, theosis, the name-glorifying (imiaslavie) controversy, the God-seekers and God-builders, Russian religious idealism and liberalism, and the Neopatristic school. Occultism is considered, as is the role of tradition and the influence of Russian religious thought in the West.

Caryl Emerson is A. Watson Armour III University Professor Emeritus of Slavic Languages and Literatures at Princeton University. Her scholarship has focused on the Russian classics (Pushkin, Tolstoy, Dostoevsky), Mikhail Bakhtin, Russian opera and theatre, and the metaphysical ground of the humanities. Recent projects include the Russian modernist Sigizmund Krzhizhanovsky (1887-1950), the allegorical-historical novelist Vladimir Sharov (1952-2018), and the neoThomist aesthetics of Jacques Maritain. George Pattison is an Anglican priest and has held posts in Cambridge (1991-2001), Aarhus (2002-3), Oxford (2004-13) and Glasgow (2013-) universities. He is also a visiting professor at the University of Copenhagen. He has published extensively in the field of modern theology and philosophy of religion, including co-editing The Oxford Handbook of Kierkegaard and The Oxford Handbook of Theology and Modern European Thought. He is currently writing a three part philosophy of Christian life, Part 1, A Phenomenology of the Devout Life was published in 2018 and Part 2, A Rhetorics of the Word, in 2019. Randall A. Poole is Professor of History at the College of St. Scholastica in Duluth, Minnesota. He is also a Fellow of the Center for the Study of Law and Religion at Emory University in Atlanta, Georgia, and a Fellow of the International Center for the Study of Russian Philosophy at the Institute of Philosophy, Saint Petersburg State University. He is the translator and editor of Problems of Idealism: Essays in Russian Social Philosophy (Yale University Press, 2003); co-editor (with G. M. Hamburg) of A History of Russian Philosophy, 1830-1930: Faith, Reason, and the Defense of Human Dignity (Cambridge University Press, 2010, 2013); co-editor (with Paul W. Werth) of Religious Freedom in Modern Russia (University of Pittsburgh Press, 2018); and author of numerous articles and book chapters.