Rhetorics of the Word 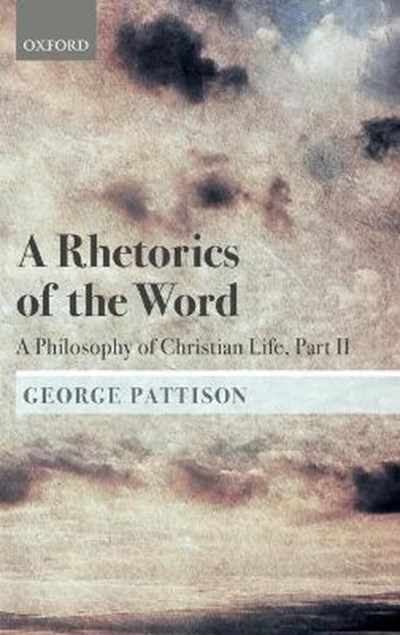 Rhetorics of the Word

eBook FAQ
Add to Basket
Publisher: Oxford University Press
ISBN: 9780198813514
Number of Pages: 288
Published: 16/12/2019
Width: 15.8 cm
Height: 23.2 cm
Description Author Information Reviews
A Rhetorics of the Word is the second volume of a three-part philosophy of Christian life. It approaches Christian life as expressive of a divine calling or vocation. The word Church (ekklesia) and the role of naming in baptism indicate the fundamental place of calling in Christian life. However, ideas of vocation are difficult to access in a world shaped by the experience of disenchantment. The difficulties of articulating vocation are explored with reference to Weber, Heidegger, and Kierkegaard. These are further connected to a general crisis of language, manifesting in the degradation of political discourse (Arendt) and the impact of new communications technology on human discourse. This impact can be seen as reinforcing an occlusion of language in favour of rationality already evidenced in the philosophical tradition and technocratic management. New possibilities for thinking vocation are pursued through the biblical prophets (with emphasis on Buber's and Rosenzweig's reinterpretation of the call of Moses), Saint John, and Russian philosophies of language (Florensky to Bakhtin). Vocation emerges as bound up with the possibility of being name-bearers, enabling a mutuality of call and response. This is then evidenced further in ethics and poetics, where Levinas and Hermann Broch (The Death of Virgil) become major points of reference. In conclusion, the themes of calling and the name are seen to shape the possibility of love-the subject of the final part of the philosophy of Christian life: A Metaphysics of Love.

George Pattison has published extensively in the area of theology and modern European thought, with particular emphasis on existentialism (especially Kierkegaard, Dostoevsky, Heidegger), art and literature, and Russian religious thought. After 14 years as a parish priest, he held posts in Cambridge, Aarhus, and Oxford universities before moving to Glasgow in 2013. He is also a visiting professor at the University of Copenhagen.