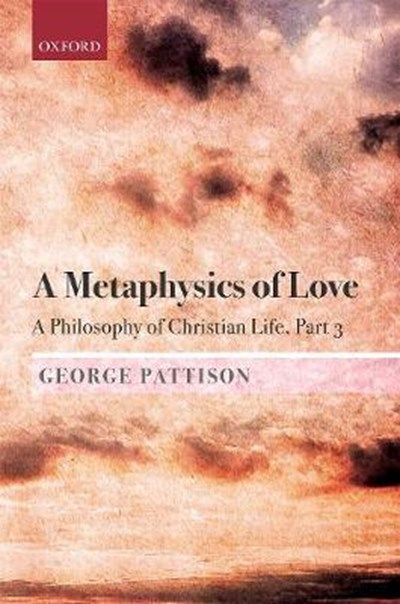 eBook FAQ
Add to Basket
Publisher: Oxford University Press
ISBN: 9780198813521
Number of Pages: 272
Published: 27/05/2021
Width: 16.5 cm
Height: 24 cm
Description Author Information Reviews
As the third part of a philosophy of Christian life, A Metaphysics of Love builds on a view of Christian life as shaped by the dynamic of call, response, and promise. It argues that love is the ultimate content of this dynamic and considers how far this claim extends. Taking its bearings from Dante's vision of divine love as 'the power that moves the sun and other stars', this study explores the requirement that love is both human and cosmic, uniting being and beings. Cognizant of much recent philosophy's desire to overcome or move beyond a metaphysics of being, it examines some of the formal structures that make love possible, including language, time, social being, forgiveness, and ultimacy. Following on from the earlier volumes, extensive use is made of the idea of the poetic as the eminent mode of Christian witness, contextualized within the prose of everyday life. Heidegger provides fundamental philosophical orientation, whilst key features of love are brought to the fore through dialogue with Kierkegaard. Dante and Dostoevsky are frequent points of reference, in addition to a range of literary and religious sources, including the Scottish poet Edwin Muir. Leading scholar George Pattison concludes that the phenomenon of love requires us to articulate a metaphysics that involves both being and nothingness, thereby taking a critical position vis-a-vis both classical theism and existential atheism.

George Pattison has published extensively in the area of theology and modern European thought, with particular emphasis on existentialism-especially Kierkegaard, Dostoevsky, and Heidegger-art and literature, and Russian religious thought. After 14 years as a parish priest, he held posts in Cambridge, Aarhus, Oxford, and Glasgow universities. He has also been a visiting professor at the University of Copenhagen.