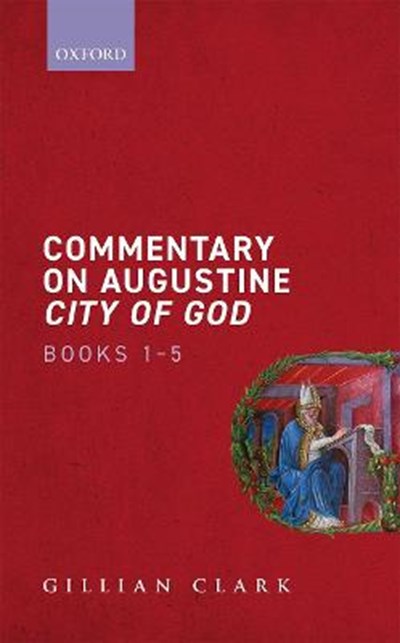 QTY
Add to Basket
Publisher: Oxford University Press
ISBN: 9780198870074
Number of Pages: 304
Published: 12/08/2021
Width: 14.3 cm
Height: 22.3 cm
Description Author Information Reviews
Augustine began City of God, De Civitate Dei, to answer complaints that Christians were to blame for the troubles of Rome and its empire because they would not sacrifice to the gods. In August 411 Alaric the Goth led barbarian warriors into the city. Refugees crossed to Africa, Augustine's homeland, where he was bishop of Hippo. This English-language commentary discusses Books 1-5, in which Augustine argued that Rome suffered worse disasters before Christianity was known; that empire depends on injustice; and that everything depends on the will of the true God, not on the many gods of Roman tradition. He had taught classical Latin literature and rhetoric, and used material and techniques which were familiar to educated Romans. He exploited authors they found authoritative: Sallust on Roman history, Cicero on Roman government, Virgil on Rome's imperial mission, the scholar Varro on Roman religious tradition. He discussed power and glory, pleasure and virtue; war and suicide, rape and celibacy; the purpose of suffering; fate and choice. He made a commitment to debate with philosophers on worshipping many gods for the sake of life after death, and to move from refuting false beliefs to expounding Christian teachings on the 'two cities'. The earthly city is the community of all who love themselves rather than God; the city of God is the community of all who love God rather than themselves. City of God took 22 books, which were influential-and often misunderstood-in later centuries.

Renowned scholar Gillian Clark is an alumna and former JRF of Somerville College, Oxford. Her research field is late antiquity/early Christian studies. She taught Classics and Early Church History for several universities before moving from Liverpool to the chair of Ancient History at the University of Bristol, where she is now Emerita and Senior Research Fellow. She is the series editor of Oxford Early Christian Studies/Texts (with Andrew Louth) and Translated Texts for Historians 300-800 (with Mary Whitby and Mark Humphries).