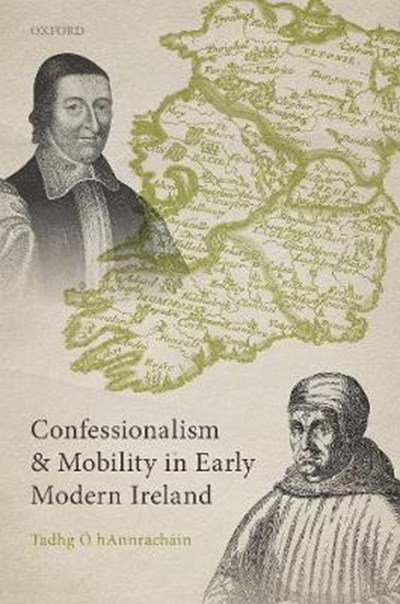 eBook FAQ
Add to Basket
Publisher: Oxford University Press
ISBN: 9780198870913
Number of Pages: 400
Published: 18/06/2021
Width: 16 cm
Height: 24 cm
Description Author Information Reviews
The period between c.1580 and c.1685 was one of momentous importance in terms of the establishment of different confessional identities in Ireland, as well as a time of significant migration and displacement of population. Confessionalism and Mobility in Early Modern Ireland provides an entirely new perspective on religious change in early modern Ireland by tracing the constant and ubiquitous impact of mobility on the development and maintenance of the island's competing confessional groupings. Confessionalism and Mobility in Early Modern Ireland examines the dialectic between migration and religious adherence, paying particular attention to the pronounced transnational dimension of clerical formation which played a vital role in shaping the competing Catholic, Church of Ireland, and non-conformist clergies. It demonstrates that the religious transformation of the island was mediated by individuals with very significant migratory experiences and the importance of religion in enabling individuals to negotiate the challenges and opportunities created by displacement and settlement in new environments. The volume investigates how more quotidian practices of mobility such as pilgrimage and inter-parochial communions helped to elaborate religious identities and analyses the extraordinary importance of migratory experience in shaping the lives and writings of the authors of key confessional identity texts. Confessionalism and Mobility in Early Modern Ireland demonstrates that Irish society was enormously influenced by migratory experiences and argues that a case study of the island also has important implications for understanding religious change in other areas of Europe and the rest of the world.

Tadhg O hAnnrachain is a Professor of History in University College Dublin. His research concentrates on the transnational dimensions of religious change in Early Modern Europe, a field in which he has published six books and over forty articles. He was the co-PI of the Insular Christianity project, funded by the Irish Research Council, 2008-12.