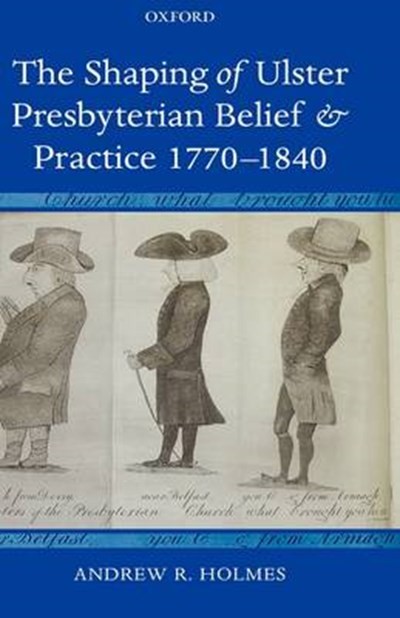 QTY
Add to Basket
Publisher: Oxford University Press
ISBN: 9780199288656
Number of Pages: 392
Published: 02/11/2006
Width: 14 cm
Height: 22 cm
Description Author Information Reviews
A historical study of the most influential and important Protestant group in Northern Ireland - the Ulster Presbyterians. Andrew R. Holmes argues that to understand Ulster Presbyterianism is to begin to understand the character of Ulster Protestantism more generally and the relationship between religion and identity in present-day Northern Ireland. He examines the various components of public and private religiosity and how these were influenced by religious concerns, economic and social changes, and cultural developments. He takes the religious beliefs and practices of the laity seriously in their own right, and thus allows for a better understanding of the Presbyterian community more generally.

This book is an exceptionally valuable contribution to the religious historu of both Ireland and Europe, firmly set within the revisionist agenda of contemporary religious historians, and will be required reading for anyone who wants to know more about the development of Irish Presbyterianism in this crucial period of Irish history. Nigel Yates, American Historical Review It is the transcendent merit of this book that breathes life into its complex subject matter: Holmes has effectively rescued his Presbyterians as much from the depredations of their eulogists as from their detractors. In so doing, he combines a highly impressive historiographal and contextual grasp with an equally exhaustive range of primary evidence. He assesses these highly complex materials with care, organises his thoughts with precision and logic, and expresses his arguments with lucidity. The skills on display are of a very high order: this is an extremely impressive professional debut. Alvin Jackson, Scottish Historical Review