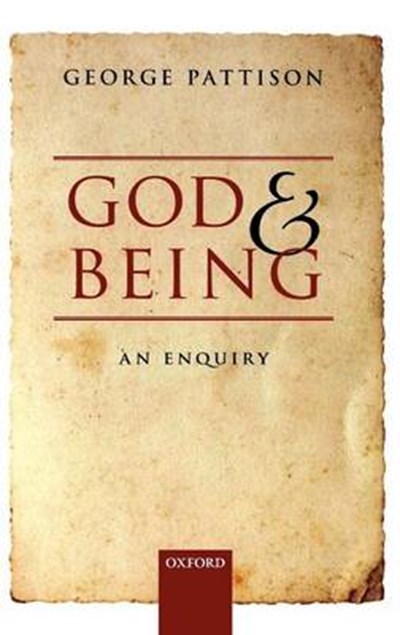 QTY
Add to Basket
Publisher: Oxford University Press
ISBN: 9780199588688
Number of Pages: 362
Published: 06/01/2011
Width: 16 cm
Height: 24.1 cm
Description Author Information Reviews
Western theology has long regarded 'Being' as a category pre-eminently applicable to God, the supreme Being who is also the source of all existence. This idea was challenged in the later philosophy of Martin Heidegger and identified with the position he called 'ontotheology'. Heidegger's critique was repeated and radicalized in so-called postmodern thought, to the point that many theologians and philosophers of religion now want to talk instead of God as 'beyond Being' or 'without Being'. Against this background, God and Being attempts to look again at why the ideas of God and Being got associated in the first place and to investigate whether the critique of ontotheology really does require us to abandon this link. After exploring how this apparently abstract idea has informed Christian views of salvation and of the relationship between God and world, George Pattison examines how such categories as time, space, language, human relationships and embodiment affect our understanding of God and Being. Pattison concludes that whilst Heidegger's critique has considerable force, it remains legitimate to speak of God as Being under certain restricted conditions. The most important of these is that God is better conceived in terms of purely possible Being rather than (as in classic Christian theology) 'actual' Being. This leaves open possibilities of dialogue with, e.g., non-theistic religious traditions and with science that are foreclosed by traditional conceptions. Ultimately, however, all basic religious ideas must issue from and be seen to serve the requirements of embodied love.

Before becoming Lady Margaret Professor at Oxford, George Pattison taught at the University of Aarhus in Denmark after serving for ten years as Dean of Chapel at King's College, Cambridge. He has written many books in modern theology and philosophy of religion, especially on Kierkegaard and the tradition of existentialist theology, on Heidegger, and on theology and art.

Encyclopedic in range and formidable in learning, God and Being lives up to its ambitious title in a refreshingly modest way...there are surprises and delights on nearly every page for even the most seasoned expert in the field. Stephen H. Webb, Conversations in Religion and Theology At a time when, as Pattison concludes, accelerating impacts of technology across the whole of human life mean that the nature of human being (let alone God as being) is put into question, it is ultimately reassuring to see the Lady Margaret Professor of Divinity at Oxford urging us to our knees in praise of God as Being, whose gift is being-itself. Dr John Saxbee, Church Times Here are imaginative and often elegant reflections which will strike chords, jog memories, and provoke reciprocal reflection. G. M. Newlands, Journal of Theological Studies