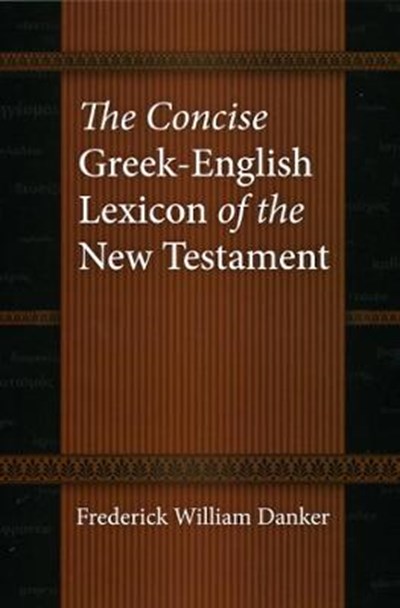 Frederick William Danker is the Christ Seminary - Seminex Professor Emeritus of New Testament at the Lutheran School of Theology in Chicago. He is the editor of A Greek-English Lexicon of the New Testament and Other Early Christian Literature, among other books.

"A standard reference for biblical scholars." - Publishers Weekly "This is a rare instance in which it may well be impossible to praise too highly either Danker or the volume that he has produced." - Michael W. Holmes, Religious Studies Review"