Shaking the World for Jesus 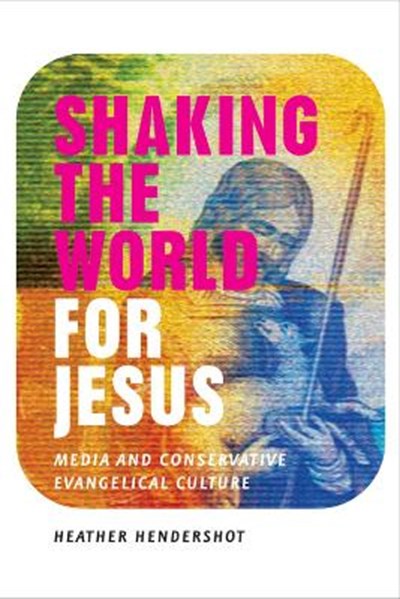 Shaking the World for Jesus

Publisher: The University of Chicago Press
ISBN: 9780226326795
Number of Pages: 266
Published: 01/04/2004
Width: 1.7 cm
Height: 2.5 cm
Description Author Information Reviews
In 1999, the Reverend Jerry Falwell outed Tinky-Winky, the purple character from TV's Teletubbies. Events such as this reinforced in many quarters the idea of evangelicals as reactionary, out of touch, and just plain paranoid. But reducing evangelicals to such caricatures does not help us understand their true spiritual and political agendas and the means they use to advance them. Shaking the World for Jesus gets beyond the sensationalism of the evangelical movement and considers how it has effectively targeted Americans since the 1970s. Thousands of products that promote the Christian faith are sold to millions of consumers each year through the Web, mail order catalogs, and even national chains such as Kmart and Wal-Mart. Heather Hendershot explores in this book the vast industry of film, video, magazines, and kitsch that evangelicals use to spread their message. Focusing on the center of conservative evangelical culture - the white, middle-class Americans who can afford to buy "Christian lifestyle" products - she examines the industrial history of evangelical media, the curious subtleties of the products themselves, and their success in the religious and secular marketplace. To garner a wider audience, Hendershot argues, evangelicals have had to temper their message. But in so doing, they have painted themselves into a corner. In the postwar years, evangelical media wore the message of salvation on its sleeve, but as the evangelical media industry has grown, its most popular products have become those with heavily diluted Christian messages. In the eyes of many followers, the evangelicals who purvey such products are considered sellouts - hucksters more interested in making money than spreading the word of God.

Heather Hendershot is associate professor in the media studies department at Queens College, The City University of New York. She is the author of Saturday Morning Censors: Television Regulation before the V-Chip and editor of Nickelodeon Nation: The History, Politics, and Economics of America's Only TV Channel for Kids.