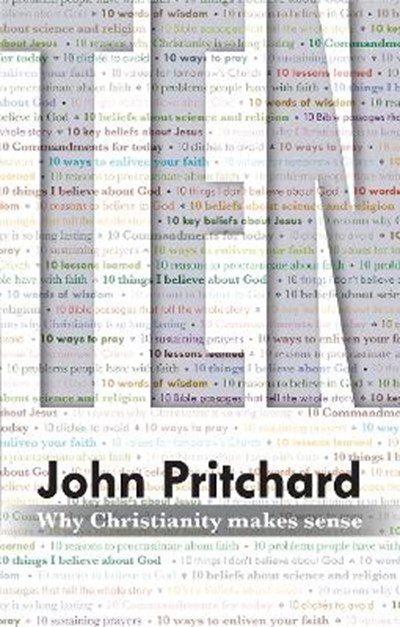 Join now Find out more
Publisher: SPCK Publishing
ISBN: 9780281067640
Number of Pages: 160
Published: 16/01/2014
Width: 13.8 cm
Height: 21.6 cm
Description Author Information Reviews
Lists can be an entertaining distraction but Ten demonstrates they can be stimulating too. With characteristic wit and candour, John Pritchard attempts to get clear in his own mind what he believes after 40 years of trying to make faith understandable to others. Topics include: - Ten problems people have with faith - Ten things I believe about God - Ten things I don't believe about God - Ten words of wisdom - Ten cliches to avoid - Ten ways to pray - Ten lessons learned This is a great book whether you're sceptical about Christianity, feel there may be something to it, or simply want reassurance - in the midst of life's frequently bewildering moments - that it really does make sense.

John Pritchard is Bishop of Oxford and Chairman of the Church of England Board of Education. He was formerly Bishop of Jarrow and, before that, Archdeacon of Canterbury. His many books for SPCK include How to Pray, The Intercessions Handbook, The Life and Work of a Priest, God Lost and Found and Living Faithfully.