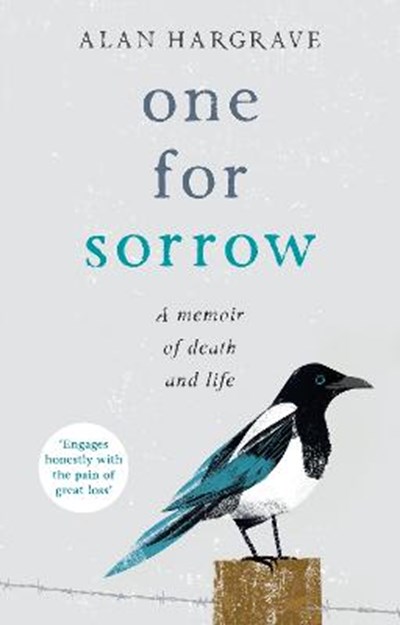 eBook FAQ
Add to Basket
Publisher: SPCK Publishing
ISBN: 9780281078196
Published: 20/07/2017
Description Author Information Reviews
One for Sorrow relates the story of the loss of 21-year-old Tom from cancer, and how his family struggled to live through the aftermath. When Alan started to write the book, he thought it was about his son's illness and death. He soon realised, however, that it dealt largely with own journey through that painful 'valley of the shadow of death', as someone responsible for ministering to others in similar situations. His core beliefs were challenged and his perspective on life changed. Now retired from ministry, he is passionate about the capacity each of us has to make a difference, for the better, by living our lives to the full each and every day.

Alan Hargrave was born in Leeds and trained as an Engineer before working for ten years with the Anglican Church in South America, first in economic development in Argentina, then church planting in Bolivia. He returned to the UK in 1987 to train as a priest. After eleven years as vicar of a council estate parish in Cambridge, he became Canon Missioner of Ely Cathedral in 2004. An Almighty Passion: Meeting God in ordinary life was published in 2002 (reissued in 2011), and Living Well: Finding a Rule of Life to sustain & revitalise us in 2010. Alan entered the 'Jubilee Years' (ie retirement) in January 2016. He is passionate about mission, justice, golf, narrowboats, his four children - one of whom tragically died of cancer - his grandchildren, his wife Annie and, of course, the Almighty.