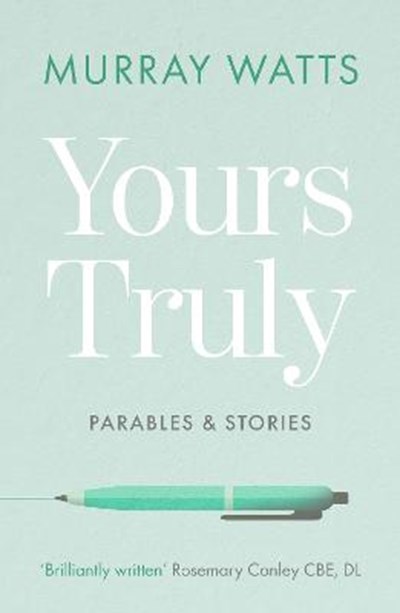 QTY
Add to Basket
Publisher: SPCK Publishing
ISBN: 9780281080946
Number of Pages: 160
Published: 15/08/2019
Width: 12.9 cm
Height: 19.8 cm
Description Author Information Reviews
Here is a collection of brilliant and poignant parables and stories, for personal reading and public use. Each offers a penetrating insight into some aspect of the human condition. They include: The Spider Who Believed in Himself: a cautionary tale for millennials. An Artist Tries to Create the World: she tries and tries again . . . but she still can't get it right. The Divine Call Centre: 'Your call is important to God. Please don't hang up.' An Atheist Troubled by His Doubts: he just wishes that he had the simple faith of other atheists.

In a career lasting forty years, Murray Watts has written many plays for theatre and radio, and numerous screenplays for TV and film. His work as a playwright, screenwriter and children's writer has won awards nationally and internationally. He was one of the founding directors of Riding Lights Theatre Company. Screenplays range from 'The Dream', starring Jeremy Irons and directed by Norman Stone for BBC 2 in 1990, to 'The Miracle Maker', for S4C/BBC/ICON, featuring the voices of Ralph Fiennes, William Hurt, Richard E Grant, Ian Holm and Julie Christie. The Miracle Maker was released in cinemas in 2000, and shown on BBC and ABC network in the US. The Miracle Maker was the top-rated Easter movie for ABC and won the Movieguide Epiphany Award as the most inspirational film on US TV in 2000. Radio dramas include his adaptation of his own award-winning play, 'The Fatherland' for the BBC Monday Play, the two part BBC drama, 'One August in Milan', inspired by the Confessions of St Augustine, 'The Pilgrim's Postscript', a modern re-telling of the Pilgrim's Progress, with Brian Glover and Willie Rushton and 'At the Back of the North Wind,' with Juliette Stevenson and Joss Acland. His plays have been seen in major theatres throughout the UK and in the West End.