A Spirituality of Walking 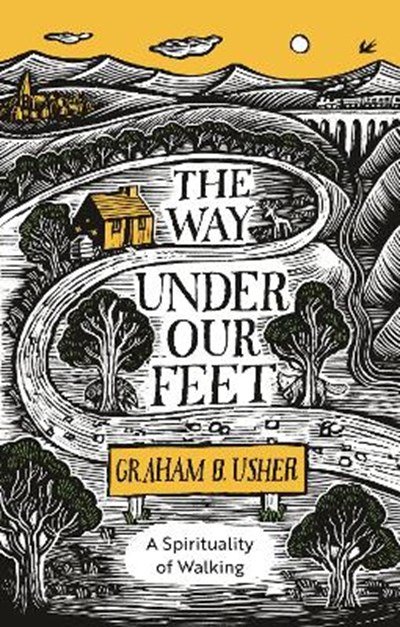 A Spirituality of Walking

eBook FAQ
Add to Basket
Publisher: SPCK Publishing
ISBN: 9780281084067
Published: 16/04/2020
Description Author Information Reviews
The Way Under Our Feet considers how we might encounter the heavenly realms by following in Jesus' footsteps. It reflects on how walking affects our thinking and our looking. It includes stories of those who have walked in protest or fled persecution. It asks how we might tread more gently on the earth and what might be going on when we are on pilgrimage. It explores how walking at three miles an hour can be a healing time, offering the opportunity to re-member and re-calibrate the rhythm that is at the heart of each of our souls. (We never hear the spiritual life being described as a motorway journey, a cruise or a flight, but simply as a walk, or sometimes as a race, when there is a sense of urgency along the way.) This enthralling book invites us to walk ourselves back into life.

Graham B. Usher is the newly elected Bishop of Norwich, having been appointed Bishop of Dudley in 2013 at the exceptionally young age of 43. While serving his curacy, Graham worked with young offenders as a chaplain at HM Prison Northallerton. He was rector and lecturer of Hexham Abbey for ten years, during which time he supported the setting up of a food bank covering West Northumberland. He also reunited the abbey with its monastic buildings, raising GBP3.2m to fully refurbish these and create a stunning new cloister, refectory, conference rooms and a state of the art exhibition about the Abbey's history. In March 2016, Graham was appointed a member of the Human Tissue Authority by the Secretary of State for Health. Since 2017 he has been a member of the International Commission for Anglican Orthodox Theological Dialogue. He is one of the Church of England's environmental bishops, and the author of Places of Enchantment (SPCK, 2012).