Robot Will See You Now

Artificial Intelligence and the Christian Faith 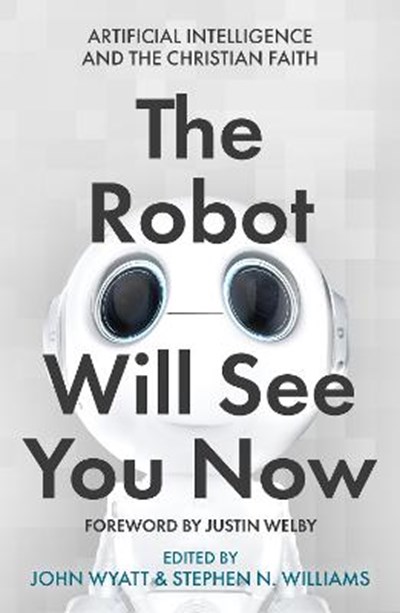 Robot Will See You Now

Artificial Intelligence and the Christian Faith

QTY
Add to Basket
Publisher: SPCK Publishing
ISBN: 9780281084357
Number of Pages: 256
Published: 15/07/2021
Width: 12.9 cm
Height: 19.8 cm
Description Author Information Reviews
The last decade has seen dramatic advances in artificial intelligence and robotics technology, raising tough questions that need to be addressed. The Robot Will See You Now considers how Christians can respond to these issues - and flourish - in the years ahead. Contributions from a number of international experts, including editors John Wyatt and Stephen Williams, explore a range of social and ethical issues raised by recent advances in AI and robotics. Considering the role of artificial intelligence in areas such as medicine, employment and security, the book looks at how AI is perceived as well as its actual impact on human interactions and relationships. Alongside are theological responses from an orthodox Christian perspective. Looking at how artificial intelligence and robotics may be considered in the light of Christian doctrine, The Robot Will See You Now offers a measured, thoughtful view on how Christians can understand and prepare for the challenges posted by the development of AI. This is a book for anyone who is interested in learning more about how AI and robots have advanced in recent years, and anyone who has wondered how Christian teaching relates to artificial intelligence. Whatever your level of technical knowledge, The Robot Will See You Now will give you a thorough understanding of AI and equip you to respond to the challenges it poses with confidence and faith.