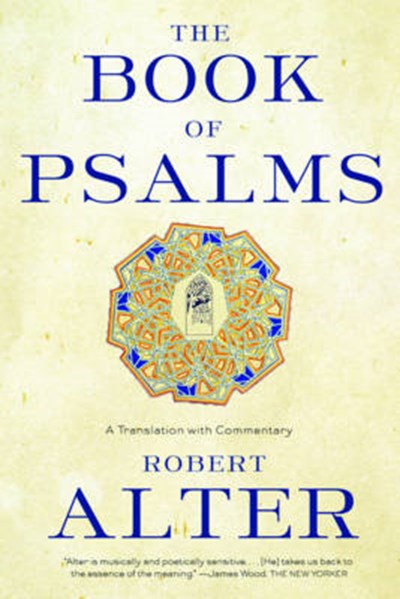 QTY
Add to Basket
Publisher: WW Norton & Co
ISBN: 9780393337044
Number of Pages: 560
Published: 30/10/2009
Width: 14.2 cm
Height: 21.1 cm
Description Author Information Reviews
A cornerstone of the scriptural canon, the Book of Psalms has been a source of solace and joy for countless readers over millennia. This timeless poetry is beautifully wrought by a scholar whose translation of the Five Books of Moses was hailed as a "godsend" by Seamus Heaney and a "masterpiece" by Robert Fagles. Alter's The Book of Psalms captures the simplicity, the physicality, and the coiled rhythmic power of the Hebrew, restoring the remarkable eloquence of these ancient poems. His learned and insightful commentary illuminates the obscurities of the text.

Robert Alter's translation of the Hebrew Bible, the magnificent capstone to a lifetime of distinguished scholarly work, has won the PEN Center Literary Award for Translation. His immense achievements in scholarship ranging from the eighteenth-century European novel to contemporary Hebrew and American literature earned Alter the Robert Kirsch Award for Lifetime Achievement from the Los Angeles Times. A member of the American Academy of Arts and Sciences and the American Philosophical Society, Alter is the Class of 1937 Professor of Hebrew and Comparative Literature at the University of California, Berkeley.

The Book of Psalms stands out as a work of scholarship - Alter's commentary, however, is comprehensive and fascinating, and the undertaking wholly admirable." Nick Laird, The Telegraph Alter's translations are - extremely interesting and strikingly clear - and the commentary is fascinating." The Sunday Times Robert Alter's translation of the Psalms is an extraordinary work." James Wood, Books of the Year, The Times Literary Supplement "A new English translation of the Book of Psalms retains the power of the original to inspire and reassure believer and skeptic alike." The Jerusalem Report