Creating Success from the Inside Out

Develop the Focus and Strategy to Uncover the Life You Want 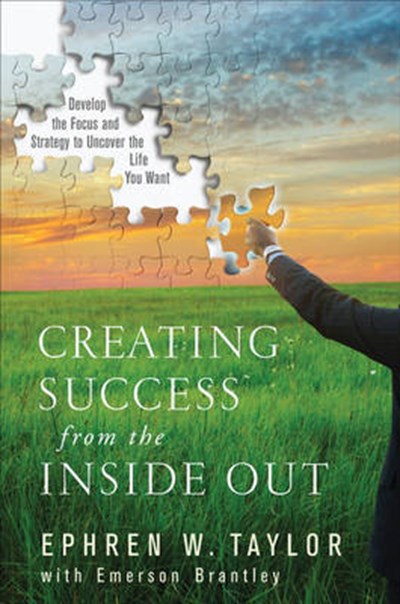 Creating Success from the Inside Out

Develop the Focus and Strategy to Uncover the Life You Want

eBook FAQ
Add to Basket
Publisher: John Wiley & Sons Inc
ISBN: 9780470177136
Number of Pages: 272
Published: 11/12/2007
Width: 16.2 cm
Height: 23.1 cm
Description Author Information Reviews
Creating Success from the Inside Out shares the inspiring and motivational story of Ephren Taylor, one of the world's youngest-ever CEOs of a publicly traded company. A millionaire by the young age of sixteen, Taylor tells you what it takes to succeed in life by following your own path and refusing to be defeated. When you ignore the voices of negativity and follow our own true passions, there are no obstacles you can't overcome.

Ephren W. Taylor II founded his first company at the age of twelve, became a millionaire at sixteen, and was the CEO of a multimillion-dollar public corporation by the age of twenty-three, one of the youngest CEOs to ever run a publicly traded company. His socially-conscious business vision has included building affordable urban housing and developing biofuels initiatives globally. W. Emerson Brantley III is a thirty-year marketing and business growth consultant and CEO of Web3Direct. Author of dozens of books, courses, and thousands of marketing campaigns in all media, Brantley serves on Taylor's board and oversees all marketing activities for his company.