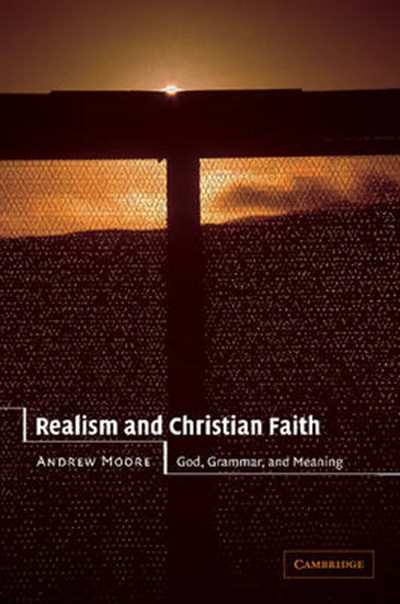 QTY
Add to Basket
Publisher: Cambridge University Press
ISBN: 9780521524155
Number of Pages: 282
Published: 27/03/2003
Width: 15.2 cm
Height: 22.9 cm
Description Author Information Reviews
The question of realism - that is, whether God exists independently of human beings - is central to much contemporary theology and church life. It is also an important topic in the philosophy of religion. This book discusses the relationship between realism and Christian faith in a thorough and systematic way and uses the resources of both philosophy and theology to argue for a Christocentric narrative realism. Many previous defences of realism have attempted to model Christian belief on scientific theory but Moore argues that this comparison is misleading and inadequate on both theological and philosophical grounds. In dialogue with speech act theory and critiques of realism by both non-realists and Wittgensteinians, a new account of the meaningfulness of Christian language is proposed. Moore uses this to develop a regulative conception of realism according to which God's independent reality is shown principally in Christ and then through Christian practices and the lives of Christians.

Andrew Moore is a Fellow of the Centre for the Study of Christianity and Culture, Regent's Park College, University of Oxford. He was formerly Chaplain of Jesus College, Oxford. He is on the Editorial Board of the E-journal Ars Disputandi, and has published articles in a variety of church and academic journals, including Religious Studies and the International Journal of Systematic Theology.

'Moore's powerful and wide-ranging argument ... is careful, incisive and interacts widely with other writers ... I found helpful elucidations of positions I had only groped towards at every turn ... this is the work of an uncommonly talented philosophical theologian.' Steve Holmes, Regent's Reviews '... extremely engaging and stimulating ... an important book ...We in the Sea of Faith ought to get to grips with this book ... in a curious way I found myself feeling a good deal closer to Moore than I do to many of my friends in Sea of Faith.' Stephen Mitchell, Sea of Faith 'The book displays a great deal of knowledge of the work of contemporary Christian philosophers and theologians with a philosophical bent ... Few books that I have read manage to delineate the battle lines between contemporary philosophy of religion and Barthian theology with as much clarity as Moore's. It is a technical book, replete with detailed discussions of highly nuanced philosophical and theological positions. It touches upon one central nerve of contemporary theology very accurately indeed.' The Way 'Here is a model piece of philosophical theology, or perhaps better Trinitarian explication, written with sinewy clarity and focus, treating the question of the existence of God as real, rather than a product of human culture and thought. It will prove a catalyst to much debate about how we can speak of God and the value of philosophical theology ... genuinely helpful for clergy wishing to remain in touch with the most recent developments in this area of theology ... many Christians will be very glad of this demanding and directly written text, bringing us right up to date with ultra modern philosophy in relation to the gospel and its implicit theology.' Anvil '... a thoroughly researched, lucidly written, comprehensive account of theological realism that powerfully makes the case for a new approach to the issue.' International Journal of Systematic Theology 'Realism and Christian Faith is an ambitious work which engages with a wide range of sources in order to develop a uniquely Christian alternative to theological realist and non-realist approaches to doctrine. Along the way Moore makes some fascinating points.' Journal of Religious Studies