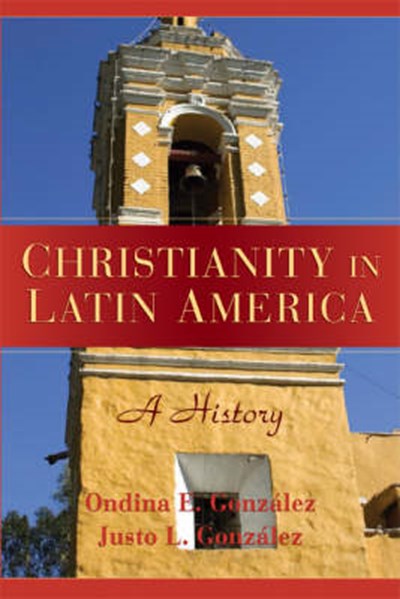 QTY
Add to Basket
Publisher: Cambridge University Press
ISBN: 9780521681926
Published: 12/11/2007
Description Author Information Reviews
From the arrival of the conquistadores in the fifteenth century to the spread of the Pentecostal movement today, Christianity has moulded, coerced, refashioned, and enriched Latin America. Likewise, Christianity has been changed, criticized, and renewed as it crossed the Atlantic. These changes now affect its practice and understanding, not only in South and Central America and the Caribbean, but also - through immigration and global communication - around the world. Focusing on this mutually constitutive relationship, Christianity in Latin America presents the important encounters between people, ideas, and events of this large, heterogeneous subject. In doing so, it takes readers on a fascinating journey of explorers, missionaries, farmers, mystics, charlatans, evangelists, dictators, and martyrs. This book offers an accessible and engaging review of the history of Christianity in Latin America with a widely ecumenical focus to foster understanding of the various forces shaping both Christianity and the region.

Ondina E. Gonzalez is visiting professor at Agnes Scott College and Emory University. She is co-editor of the forthcoming Raising an Empire: Children in Early Modern Iberia and Colonial Latin America. Justo L. Gonzalez has taught historical theology at various institutions, including Evangelical Seminary of Puerto Rico, Candler School of Theology at Emory University, and Columbia Theological Seminary. For the past thirty years, he has developed programs for the theological education of Hispanics. His numerous books on church history have been translated into several languages and are widely used throughout the world.